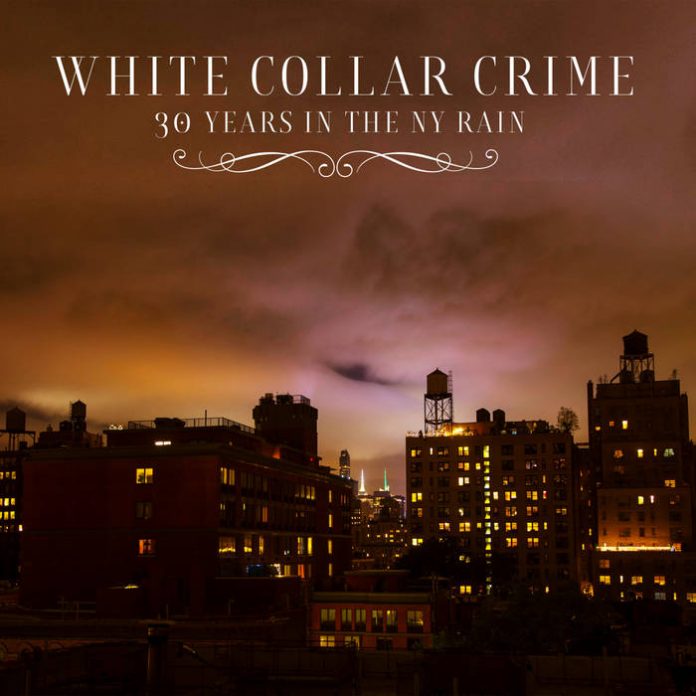 Check out our review for the new album, ’30 Years In The New York Rain’ released by White-Collar Crime

February 2020 – Besides its very evocative title, the album stands out as a distinctive collection of songs, featuring 12 songs that highlight the band’s diverse approach. The opening track, “To Be Real,” is also the longest song on the album, with clocks in at nearly 6 minutes in length. This track serves as a fantastic introduction, a calling card showcasing the band’s direction and the production aesthetics of the album. From the charming piano tones, down to the strong pop-rock melodies, anything goes. The track makes me think of artists as diverse as Springsteen and The Rolling Stones, but with a fresher, more contemporary feel.

“Reason” follows up with a fantastic melody, which kicks off with an atmospheric guitar part and some epic country-rock arrangements. The track makes me think of artists such as Tom Petty or Jesse Malin, with some powerful melodies.

“Dream the Dream” and “Letter to You” are perfectly enjoyable back to back, and so is “Just a Song,” an understated title that reveals one of the most accomplished and ambitious tracks on this entire release. “If You Call” is an understated track with a heart of rock, indie-folk, and more, almost as if Dylan had joined The Replacements for a jam! “Sweet Surrender” is a very heartfelt track with a more atmospheric tone, giving the album a different pace.

In addition to that, “New York Rain” is a call-back to the title of the album, and it is impressive for its vividly cinematic tone and unique feel, kicking off with a 60s-style guitar riff a la Kinks or The Who. “Cigarettes” is a great song, and one of my favorites, because it combines a “Devil-may-care” attitude with a more nostalgic feel.

“Just Like Me” is an introspective song that still retains a lot of energy to it, showcasing the band’s eclectic approach to songwriting. “Leaving you” falls along the same line, with a flavor of nostalgia and a different twist. Last but not least, “Chasin’ My Tail” is a perfect closing track, sending off the album in style!