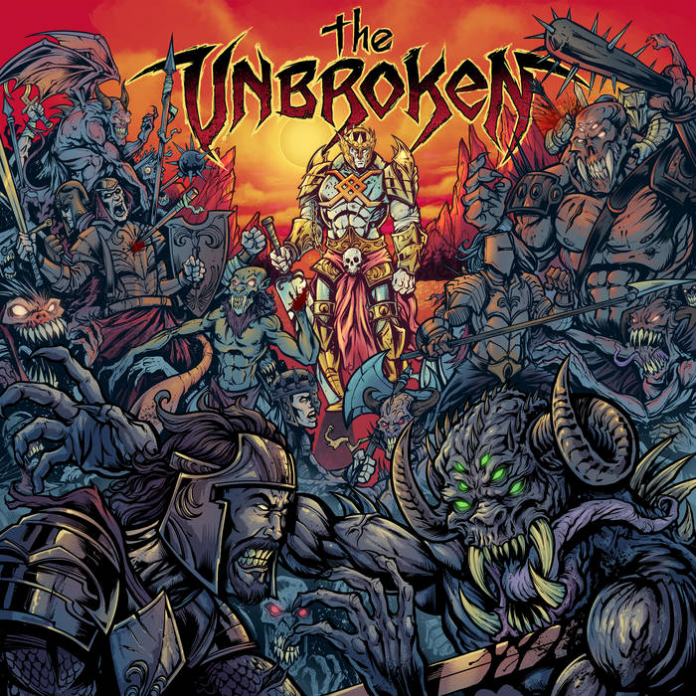 Check out this music review of the new album, ‘Human Crown’ released by The Unbroken

We recently had the pleasure to discover The Unbroken’s brand new release, “Human Crown”

This band is one of the finest and most innovative metal act to come out of the Brooklyn music scene, and what’s really special about their sound is that their music has got the nuances of the best metal tones, while their attitude owes so much to the in-your-face no fs-given attitude of punk rock music. From the raw, theatrical brutality of bands like Slipknot, to the raging assault of groups like Black Flag, The Unbroken set out to channel some of the most fundamentally iconic extreme music of the last few decades.

Their most recent release, “Human Crown” is a fantastic EP, which features 5 songs. The opening number, “Stuck In The Way,” features some huge guitar sounds with down-tuned riffs and massive percussion, giving the sound a very industrial feel. The vocals are powerful and relentless, giving the song a frantic feel. “Suffering In Silence” slows the tempo down a bit, but this only means the riffs can be even heavier and the sonic madness reaches new heights. This song also has some earlier hard rock influences, with some huge harmonies and vocal melodies. The title track is one of the best songs on this release. The initial melody is beautiful and introspective, showcasing the band’s more understated side and their incredible versatility. After the lush and dream-like introduction, the band launches into their most progressive and experimental track on the EP, showcasing an enormous variety of sounds. Through the span of 5 minutes, The Unbroken explore soothing atmospheric verses and riff-laden sections that take no prisoners. The following tune, “I Never Forget” is definitely the most immediate and aggressive song on the EP for me. The intro speaks for itself and when the singer launches into the performance, hell breaks loose!

Last but not least, “Nothing Left To Sell” is adding an extra layer of nuances to the EP, with a melodic intro and some slower tempo. This is when the group’s songwriting ability really stands out!