PiriYE (pronounced Pih-ree-yay) is an artist out of Atlanta GA but born in raised in Brooklyn NY. He’s always had a creative ear for music and has been perfecting his craft for the last few years. This year he is ready to take the industry by storm releasing his debut mixtape.

I’m from Brooklyn NY, but I currently live in Atlanta GA

For roughly 5 years now. Its been awesome.

I’ve released a small collection of songs throughout the last 2 years. Somewhere in the range of +10. But I been real serious lately in creating some quality music. This is my year to do it.

My latest creation is “R.A.M.” its a mixtape I’ve been working on for a while now. Its just me breaking way into music. I’ve made several tracks leading up to this release and I wanted to make just a dope project showcasing musical styles that I love to do. R.A.M. stands for “realizing all milestones”. This project for me was a milestone in my life. Its me breaking out of the norm. Doing something I love to do. Just having fun and I hope that fans can hear that in the tracks I’ve put out on this tape.

By just choosing to. Just because you’re in a career already and are doing well doesn’t mean you just have to settle for that. Anyone can do anything they want if they put their all in it and actually mean it. Being new I don’t know what my future has in store musically. I just want this to be a time in my life where I can say that I tried something different and had mad fun doing so!

Its over saturated with the same type of music in a lot of cases. People chasing trends and similar sounds. I want to be different. I think a lot of the music people make are dope and fun. But I have several artist out there doing some great work. I have hope at the end of the day.

Who do you think is the most influential artist today?

Well, you got your artist that are in constant rotation. Your Chris Browns, Beyonce, Future, Drake etc.

Who do you think is the most influential artist to you?

Huge influences of mine have always been Michael Jackson, Usher, and The Neptunes to name a few. Their work has always been dope to me. Period.

No one so far, but my follow up project I’m looking to work with a few different artist that I’ve connected with. You all will be in for a treat!

I think for me I’m just a different kind of guy. We all have our own stories, I want to tie in the new with the old. What makes me different at the end of the day is that I have a different story to tell, no ones story will be the same as another person. I want to be able to musically take you through a journey with my story.

The Neptune… I would probably just zone all the f***ing way out listening to their productions.

Terrible… I’m going to go down as a Neptune fanboy in this interview, but I don’t even care. If my memory serves me correctly it was The Neptunes Present the Clones. Listened to that beginning to end. It has all the musical genres I was into all within one whole album with the dope production.

I’m actually feeling this track with an artist named Ro Jones called “Burn Slow”. Its pretty good, dude has a Prince type vibe on this track. Its been in heavy rotation.

Only time will tell.

Everything Happens for a Reason. It’s true. Good or bad ya gotta understand that when stuff happens you can question it all day but God has written your story already. Just got to roll with it.

Into technology pretty heavy, love all types of gadgets. Definitely like working out too, the gym is my second home, literally.

Yea I have 2 tattoos right now, I want to get my whole left side tatted up and leave my right side bare… Its some weird thing I’m into, don’t ask why, lol.

“R.A.M.” is my introduction. To me it has many meanings. Its an intro to me as an artist. It’s me realizing what I’m capable of. Its also a learning experience seeing what boundaries I can push. I’ve worked pretty hard on this R&B Mixtape. I produced, written and sung everything you’ll be hearing on this tape. No features. I just want you to hear me. I kept it short and sweet and all my types have their own energy to them. You’ll really hear that throughout my project.

I’m hoping to do a music video or 2 for this project. Possibly even perform locally heard in ATL. Just want people to hear me. I’m already working on my EP currently. I just want to keep on putting out quality music and getting better.

Thanks for your time too! 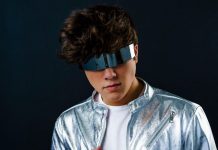 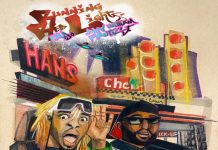 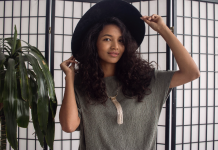