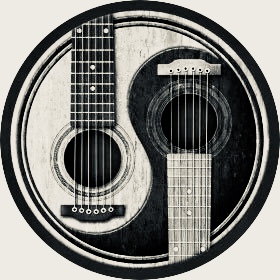 We are delighted to introduce to you, two extremely talented songwriters, who co-write and record under the name of Velinski.

Their single Living The Dream, featuring a great vocalist Nicola Sertari, has just been released on the Leopard label and is already being playlisted by a number of UK and European radio stations ”

Songwriting and producer partnership collaborating for 2 years concentrating on recording their own material with different vocalists. Made the Top 20 in Music Week club charts with Dance track Freedom.

The name is from Andrew’s paternal family who fled persecution from Russia in the early 20th Century. Also serves as a reminder of the plight of current refugees from similar circumstances .

I am a Solicitor whose practice is in Dagenham Essex. We have always concentrated on assisting vulnerable members of society in three main areas:

1.Domestic Violence. This is a widespread problem and is common in all types of communities – white, black, Asian, European etc. In recent years local agencies and courts have become more aware of this social problem which can affect children just as much as adults. We work closely with Social Services, Housing and the Police as well as charitable groups who provide support and sometimes temporary accommodation for victims, mostly women, who invariably need urgent protection for themselves and their children.

2.Parents with mental health or learning disabilities. There are many parents who want to bring up a child in a safe and loving environment but because of their disabilities their parenting capacity is very limited and they need a lot of support which is generally unavailable or need time to learn certain skills which cannot be achieved within a timescale that is best for the child. This happens frequently with new born children and results in the baby being removed from the parent and eventually adopted. I often work closely with the local Mencap charity to assist such parents when Local Authorities take court proceedings .I try and ensure that the parents are given a fair chance to be properly assessed for their parenting skill or ability to acquire those necessary skills reasonably quickly. At the same time, I look at what support networks can be provided, other members of the extended who could assist and what contact the parents can have with the child . It is also necessary to provide the clients with a lot of support and understanding in what is an extremely distressing experience in potentially losing their child.

3.Children who have or at risk of suffering physical or emotional harm whilst in the care of their parents. Many children suffer abuse as a result of being exposed to their parents’ neglect or violence often the result of serious addiction to substances and inability to control their temper. Mothers can also be victims of similar abuse from their partners but are either unable or unwilling to take action so as to safeguard their children. In this area of law, which involves court proceedings being taken by Local Authorities, I am an accredited member of a Law Society specialist panel of Solicitors who are authorised to represent such children in those proceedings and I frequently appear in the Family courts on their behalf.

Although I am now developing my career in music I hope to remain involved in my legal specialities by assisting local charities and voluntary organisations in an advisory and administrative capacity, helping to develop strategies and raising funds for badly needed extra facilities in the Community such as more Refugees, Mental Health treatment and parenting education.

This was my paternal family’s surname when they fled persecution from Russia in the early 20th Century together with thousands of Jews who sought refuge in Western Europe and America.

It is a pertinent reminder of the desperate plight of so many migrants nowadays who have been forced to leave their homeland and the need for empathy rather than rejection or mistrust. This is a complicated and sensitive issue, involving social, political and security issues. The humane aspect must not however be overlooked for the many innocent and frightened people who have had no choice but to flee their own country for fear of their lives and those of their families. We should never turn our backs on the Velinskis of today !

Has a Grammy awarded 1st cousin in New York who is best known on Broadway for his musical The Addams Family.

Adam McEvoy answered some ads for a keyboard player in a couple of local music papers, and while writing & gigging with various groups, was asked by a friend to help out on some underground dance tracks, including one by a then unknown Joey Negro (Space Talk by Masters Of The Universe). Adam went on to remix and work in a wide range of styles, for artists such as Alison Limerick, Missy Elliot, Scary Spice, MC DUKE, MC MC and songwriter Michael Julien (who wrote for Cliff Richard, Lulu and Shirley Bassey). His music has been on various labels, including Warners, Ministry Of Sound and React.

From there, Adam went on to write music for tv and radio and can be heard on adverts and shows on many channels around the world. Adam also took a job as a self taught engineer in a studio with X Factor vocal coach Tee Green, which is where he met Andrew. The studio had to close but Adam and Andrew stayed in contact & formed Velinski, and the rest as they say, is a mystery.