Check out this music review of the new single, ‘You’re so mean’ by SAMIJAY

Rock and R&B collide in a beautiful new song by a passionate performer.

SAMIJAY, a duo with a focus on innovative R&B, blues, and rock music. Their most recent single release, “You’re so mean,” features some exciting rock influences, which clash extremely well with their strong R&B vocals.

Imagine Amy Winehouse jamming with Led Zeppelin, and you can get sort of close to the heart-pumping energy you can expect from this song. The instrumental is pure fire, with exciting guitar stabs locking in perfectly with the rhythm section, made up of solid bass grooves and killer drum patterns. SAMIJAY’s vocals are the cherry on top. They seamlessly ride on the instruments, without ever being overpowered, or overpowering. The song is balanced and dynamic, and the versatility of the singer’s poignant vocals add so much flow to the song.

If you like your rock music spiced up with a twist of R&B and a sultry take on the lead vocals, well, this is a song for you.

Check out “You’re so mean,” and listen to SAMIJAY’s music, which is currently available on the web.

Introducing Samijay – an organic duo ready to take over your ears. They have this authentic way of colliding words and melodies, demanding the attention of any bystander in ear shot. Their on stage chemistry is undeniable. Soulful vocal riffs accompanied by heartfelt orchestrated music is what to expect with these girls. But who exactly are these girls?

Julia (Julia Solo) Aponte was born and raised on the north shore of Staten Island. Being able to play piano, guitar, drums, bass and sing, you would think she grew up in a musical family. Not one bit. Her God given talent started developing from a young age. Poetry was a way of expression since age 12. She soon learned she could partner words and music until songwriting became a vital piece of Julia. As passion cultivates her gifts, you will hear the music influences of Paramore, Lacey Sturm and Tori Kelly. Though often quiet and reserved, music is the voice she speaks through; truly unabridged at all times.

Samantha (Sami Jo) Frank – born and raised on Staten Island; grew up on her grandmother’s vinyls. She discovered her singing voice at age 14 and has been song writing since age 16. Her musical influences are wide. As you listen to her vocals, you can pick out the growl of Etta James and the scatting of Amy Winehouse. Even the emotional connections like Anita O’Day are mixed in to what you can expect to hear while Sami Jo sings. She tells stories with her voice and takes you on a journey, often leaving you breathless and wanting more.

Sami and Julia met at work. Within two weeks of working together, Julia asked Sami Jo to sing a cover at an open mic. While rehearsing for that show, Julia showed Sami original music that was lyric less. Sami took out her pen and paper and started writing. Within 45 minutes, their first song was complete! It was pure magic. Three weeks of working together, 5 songs were finished. Three months in, an album written. Songs were birthed through conversation as the two became closer. The more stories told, the more songs poured out. There were no forced moments. It was genuine expression carried by music. They both have a way of keeping up with each others creativity and also challenging each other’s craft. This team is irresistible and unstoppable as they maintain their artist integrity . You don’t want to miss out on the movement of Samijay. 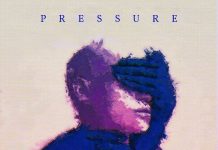 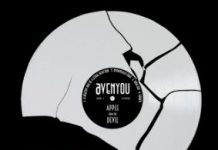 Avenyou – Erratic (Apple from the Devil) 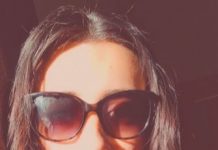