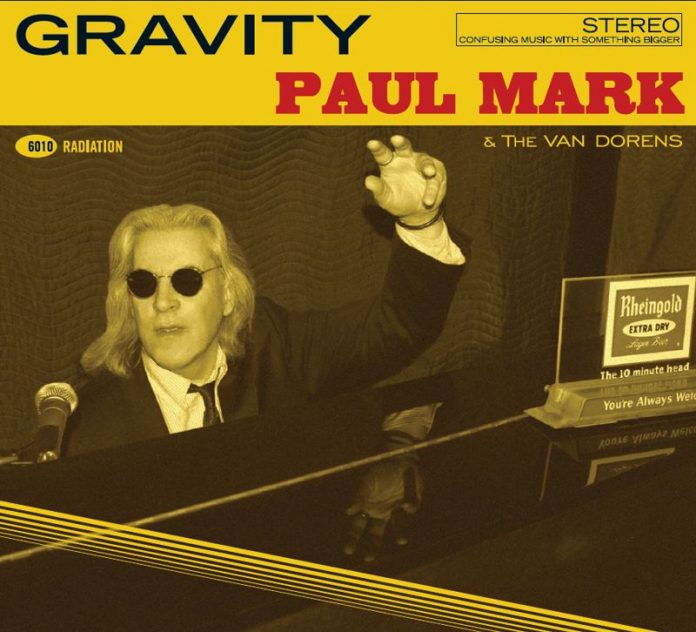 The first track, “Gravity Is Failing”, starts with a piano melody that is full of character and Paul Marks’ signature vocal style. Paul is a masterful storyteller and fascinating performer; his unique style is reminiscent of the likes of The Decembrists, Randy Newman, and Tom Waits, to mention but a few iconic acts. This multi-layered composition also features an accordion and string section, which just adds to the old-school feel to the recording!

One of the highlights on the album is “I Spin When You Grin”. This romantic and sweet song kicks off with a piano solo that is almost like a brighter take on Queen’s “Melancholy Blues”. Once again, Paul Mark showcases his expressive vocal chops and he easily grabs the listener’s attention and their heart from the very start!

“You Can Take It With You” takes the album in a different direction, with a more Americana and down-to-earth energy. In this track, The Van Dorens showcase their versatility, as they easily slip into this country style. This song recalls the likes of Lucero, John Mellencamp, and The Everly Brothers, yet it still has Paul Mark’s signature humorous twist!

To end this eclectic 12-track record, “December at the P.O” gives a nostalgic offering from the band. This song has the same ironic and genuine energy as Tom Wait’s “Christmas Card from a Hooke in Minneapolis”. It’s the perfect end to a vibrant and thoroughly enjoyable record.

Check out Paul Mark & The Van Doren’s new album, “Gravity” at the link below!

“Have you heard? Gravity is failing”. The opening line from the title track of Paul Mark and The Van Dorens newest release Gravity immediately draws you into a clanking carnival of pop Americana spiked with Mark’s trademark lyricism. With one eye on the boundaries of traditional songwriting and the other on a society in disarray, Gravity is Mark’s 11th studio album.

Released on New York City-based indie Radiation Records, Gravity completes a triumvirate of albums that have carried Mark’s songwriting and production methods beyond the sounds of his blues and roots rock past. The new 12-track collection builds on the stylistic growth of his previous two celebrated albums on Radiation, Stowaways and Smartest Man in the Room.

“Soundtracks just waiting for films…[Gravity] will bring nothing less than Oscar-worthy characters and scenarios to your gratefully-ignited imagination… Utterly original… Gravity is a musical tent revival…”
– Greg Victor, Parcbench.live

Merging a vast knowledge of American roots music with a subversive literary cunning, Paul Mark has synthesized a unique music space built around his own urbane vision.

Over several decades Mark has written and recorded hundreds of original songs that in craft and effect resemble quirky, polished cinematic vignettes. Themes of rebellion and aspiration, politics and small life, defiance and humor, his songs are most often tight, subjective narratives carved out of everyday circumstances, ruminations that subtly reveal human folly. Over time he’s established a distinct and diverse musical catalog matched by only the most persistent and relentlessly creative artists.

He describes his musical family the Van Dorens as a revolving-door collective of talented and dedicated musicians and sound engineers. For years the Van Dorens have contributed to Mark’s overall sound with performance and production chops.

Several Gravity tracks were pre-released by Radiation Records, including the holiday original December at the P.O. and the download single Con Man VIP, a blistering take on a particular White House occupant that seethes with cultural contempt.

Among the CD’s sonic foundations is Mark’s love of New Orleans piano, displayed most vividly in the sweet I Spin when you Grin and the Dr. John-meets-the-Kinks tribute Waiting Round for You. Tipping his hand on other influences, Mark also reimagines the Yardbirds’ chestnut Heart Full of Soul as a Spaghetti Western soundtrack, complete with fuzzed-out single-coil guitar tone rippling through a reverb smokescreen.
Multi-instrumentalist Paul Mark applies a unique brand of songwriting and arrangements to the world roiling outside your window. Experiencing Gravity just might change the musical vision from that window.
For more information on Paul Mark visit www.PaulMark.com. 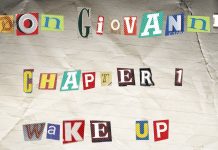 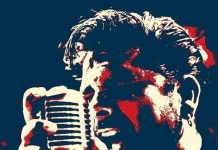