Check out the visuals for ‘Trouble’ by Kate Faust

What does trouble sound like? Noise, effrontery, wailing, and distortion? Heavy guitars and heavier drums? Well, maybe sometimes. But those musicians with intimate knowledge of trouble know that it doesn’t always announce itself so crudely. Real trouble hints and insinuates and slips into your bloodstream like a drug – it seduces, and envelops, and whispers secrets, and spreads out until it’s all you can perceive. An undercurrent of synthesizer, guitar that curls like smoke, musical textures that shimmer like a dangerously deep pool: all of these are redolent of trouble. They’re all present in Kate Faust’s intoxicating latest single – a delicious dance with dark forces, and an ideal soundtrack for the bewitched earliest days of spring.

We don’t know how the L.A.-by-way-of-Philly electropop singer became quite so acquainted with trouble, and she’s not telling. What we do know is that she’s the rare pop artist who can look trouble in the face without flinching – and report back from the encounter with absolute honesty. That candor has made her an in-demand collaborator, and she’s added her darkly luminous vocals to tracks by artists as disparate as avant-jazz saxophonist Adam Turchin, electronic producer Osage, and afro-futurist Fhloston Paradigm. On her own, she’s cut several EPs of daring, poetic pop lauded by Philadelphia’s WXPN as “unique and genre-bending”. Hers is music that draws equally from neo-soul, dusty trip-hop, the mystery of Bjork-like alternative pop, and the gutsy immediacy of Lady Gaga’s early records. It’s a powerful hybrid, and it’s hers alone.

Savior, her latest, consists of five irresistible pop tracks. Kate Faust holds nothing back: the oscillating synthesizers of “Breaking Free”, the stacked vocal attack of “Brace Yourself”, the mesmerizing groove of “Play”, and the sheer sonic grandeur of the title tune all announce the arrival of a confident and courageous voice. But it’s “Trouble” where the sense of risk and peril that runs through all of her work is made the most palpable. “Evil’s on the hunt for you – can you feel it?”, she asks, and before the track is over, you certainly will. When discussing the single Kate reveals the undertones throughout are very real… “I think of my song “Trouble” as an affirmation of karma. There are many people and forces in our world right now who are being met with full weight of the evil they’ve done to others. I’m proud to stand with all women and all people who have been abused and disenfranchised by systems of power and violence. We refuse to be complacent in this. We’re ready to name the evil that we see and to build something better for the future. “now it’s time to pay what’s due!”

The video for “Trouble” reinforces the sense of unease that the track generates, but also underscores its beauty. Though an elegantly dressed Kate Faust purrs directly to the camera, her face is often occluded: by fog, by flashes of light, by kaleidoscopic lenses that fracture her image. When the set goes dark, a distant projector throws intricate patterns of light onto her body. It’s as if she’s become a maze: impenetrable, mysterious, beckoning. 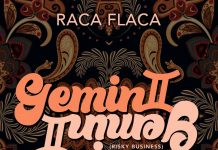 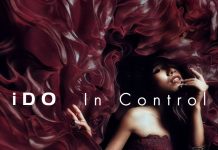 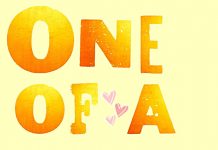 Nate the Great – Get to you