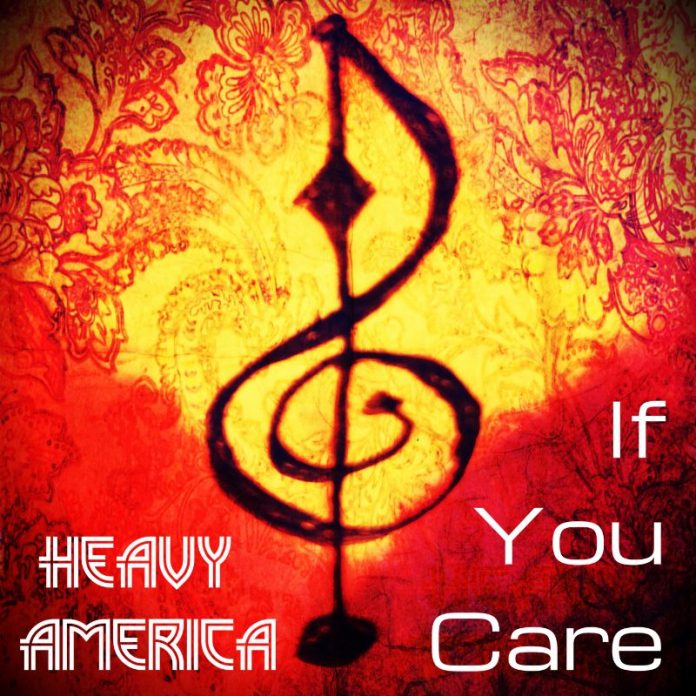 July 2020 – Heavy America is a band with a focus on creating powerful alternative rock music that feels a lot more open and one-of-a-kind. As opposed to following only one single direction, the group likes to think more broadly, expanding its creative horizon and going for a more direct and upfront feel.

Recently, the band put out a new single titled “If You Care.” The track begins with a slower psychedelic twist, and it quickly delves into a fired-up rock and roll number, which reminds us of acts like The Who or The Kinks in its most upbeat moments. I love the quiet-loud dichotomy, which begins so much variety to this excellent music release.

This is definitely going to be your cup of tea, especially if you enjoy the sound of bands such as Pink Floyd, The Byrd, as well as Soundgarden, only to mention but a few.

Find out more about Heavy America, and check out “If You Care,” which is currently available on Spotify, Apple Music, and more of the web’s best music streaming platforms.

Based in Boston, Massachusetts, the core Heavy AmericA sound finds its influence in a diverse blend of rock idioms, from the expertly performed progressive rock circles to the edgy and incisive sounds of alternate rock rebellion. Blend in a pinch of stoner rock, and the listener has transcended the run of the mill, stagnant musical forms that occupy a good deal of the digital music we hear today. Yet, Heavy AmericA manages to defy the conveniences of category, presenting an arsenal of sounds and moods while unlocking a natural ability to employ a fiery insurgency across the seemingly endless styles the band works within.
Heavy AmericA is: Michael T. Seguin, lead vocal & guitar
Dan Fried, drums & vocals / Budd Lapham, bass & vocals.
Visit our website