[MUSIC REVIEW] Desean is back on the scene with a brand new studio release: Championship DNA.

January 2021 – Desean is back on the scene with a new hip-hop release, Championship DNA. This song is a heavy hitter, and it showcases the artist’s incredible focus, as well his drive to creating great music that is not afraid of the competition. Desean stands out due to his spontaneous approach to songwriting and his verses are eloquent, punchy, and dynamic.

This song is also refreshing and outstanding in terms of production, as the frequency balance is so spot-on. The low end hits hard, and the top is crisp, allowing the vocal performance to soar on top of the mix, without ever being too overpowered by the other instruments on tap. This is going to be right up your alley if you have a craving for some great modern rap with a catchy twist, not unlike the sound of artists such as Jay Z, Kanye West, Kendrick Lamar, and others.

Find out more about Desean, and do not miss out on Championship DNA, which is currently available on Spotify, as well as other releases from this talented artist.

A Single i wrote inspired from one of my favorite players of all time who recently passed “Kobe Bryant” also his daughter “Gianna Bryant”. Ive always been a fan of Kobe my entire life . The first player i ever seen play basketball and became my first favorite.Kobe’s mentality on and off the court always inspired me to do much better than I or anyone else thought I Could . Teaching me make my uncomfort zone my Comfrot zone , Teaching me to go beyond my own limits even when im at my limit and to never back down,To be Different breed. GG was all of that and more at her age and they both left us too soon . This song was inspired by them both and other favorites as well and explains my journey in the music game . My Album Single From “SZN” , Championship DNA . Listen and Enjoy . R.I.P The Real 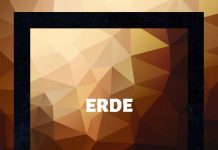