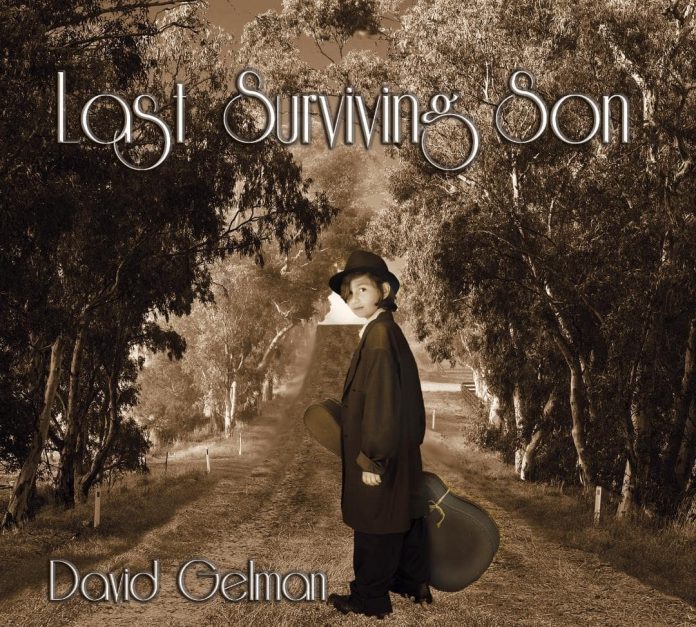 Check out ArtistRack’s review of “Last Surviving Son,” by the talented David Gelman:

February 2020 – David Gelman is a singer and songwriter based in New York City. He developed a distinctive style, combining soothing melodies with personable lyrics and some one-of-a-kind vibes. The artist recently released a brand new album titled “Last Surviving Son,” which features 13 songs. The extensive setlist offers a diverse and colorful take on David’s creativity and ability to set the bar higher in terms of production and performance alike.

The album features a selection of beautiful track, including the title song itself, which is impressive due to its mellow and understated arrangement. On tracks such as “Soft Surrender” and “In The Sun,” David truly shines due to the edgy approach to his lyrics. He is able to connect with the audience on a deeper level, and he uses a combination of simplicity and complexity to tell relatable stories with his tracks.

Ultimately, this is an album that will take you on a journey, inwards and outwards, with so many beautiful nuances and a combination of classic vibes and modern sensibilities making for a special tone.

In November 2019, fans of NYC singer-songwriter David Gelman will have the opportunity to experience both sides of his artistry. David will be the opening act for White Collar Crime’s 30th Anniversary Show at the Cutting Room. As the opening act, David will showcase a range of the soulful, heartfelt, poignant and playful songs he’s released from his three critically acclaimed albums since 2011–including his new high impact collection Last Surviving Son. Then he will take his place behind the keyboards and jam with White Collar Crime; the rock group he has been a part of for over the past 25 years.

David’s shift from a supporting role in a popular New York band to fulfilling his lifelong dream as a solo artist and performer came in 2008 — after his divorce. “It was a time of reflection for me,” he says. “I took my life experience, such as love gained, love lost, losing friends and family, being a father, and the appreciation of all the things I learned along the way, that I felt moved to write about it. I remember thinking for the first time that I was finally writing songs for myself. My goal was just to put the music out there with no expectation.”

Through Matt King, founder and bandmate in White Collar Crime, David hooked up with producer Timothy Hatfield, whose massive list of credits include Debbie Harry, Damnwells, Death Cab for Cutie, Steve Earle and Marshall Crenshaw. The budding solo artist knew he was on the right track when Hatfield brought in violinist David Mansfield (from Bob Dylan’s band) to contribute to his 2011 debut album All Roads Lead Here. For most of the tracks on Last Surviving Son, the long-awaited follow-up to David’s second album Undertow (2013), he and Hatfield headed up to the warm acoustic environs of Dreamland Recording Studios in the Woodstock area to record with an ensemble of top musicians with longtime superstar associations.

With a sweeping collection of 13 compelling tunes, perhaps the best way to immerse in the transformative energy of Last Surviving Son is to check out the three poignant YouTube videos David created with Randy Hines, who also designed the thought-provoking cover art for Undertow and Last Surviving Son. The clip for the title song “Last Surviving Son” (a poignant ballad about one’s personal legacy), the rollicking “Far Away” (about being tired from a life on the run), and the tender devotional “My Vows to You (The Wedding Song)” inter-cut with David playing acoustic guitar with images illustrating the main themes. Particularly poignant are the films and photos of war and remembrance associated with the poetic reflections of the title track.

“I feel like these songs originated from deep within my soul, and somehow the lyrics channeled through me,” says David. “I’m not a religious person, but the closing tune ‘Presence of the Lord’ came from a spiritual moment in the Amazon jungle while hiking with my fiancée and then 14-year-old son, where I wondered if there was something out there that was bigger than me.” 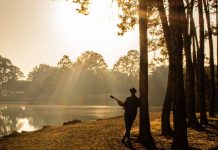 Danny Dyson – Stuck in the Moment 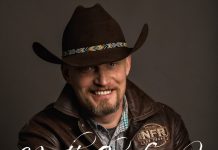 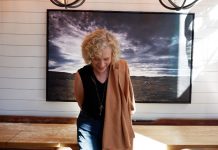