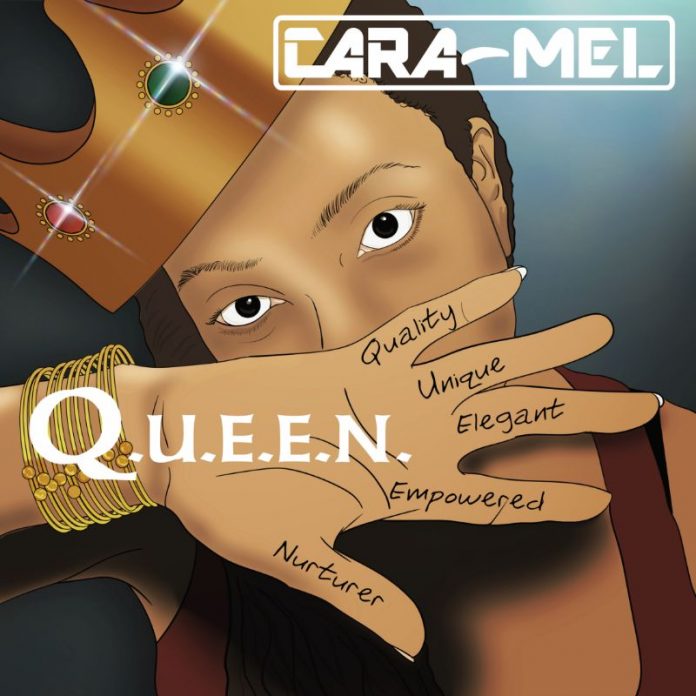 Check out our review of new single from Cara-Mel titled ‘Q.U.E.E.N.’

Inspired by iconic and legendary artists such as Stevie Wonder and Al Green, Cara-Mel set out to bring a soulful, direct and unique approach to hip-hop, igniting healthy doses of personality into this release, as well as making for a really special touch.

The artist recently released a brand new single titled Q.U.E.E.N. This song is a really bold personal statement, which showcases the artist’s personality in a really unique way, as well as really highlighting her ability to bring a lot of melody to the genre. The sound has a really driven beat, which feels direct and exciting.

The rhythm layer really fits well with the melodic landscapes of this release, and it really adds a lot of oomph to the beat. On top of it all, Cara-Mel’s vocal performance is really spot on, and it adds a really wonderful sense of dynamics to the song, as well as providing an outstanding and diverse backbone, which makes me think of some of the best female rappers, but provides a more modern feel, with trap influences.

Cara-Mel, whose real name is Dana Lawrence is a female rapper who currently resides in Baltimore, Maryland. Her style can be best described as a blend of R&B, Hip Hop, Down South, and Dance meets Trap with a Social aspect. Mel likes to sum it up as Conscious Trill. She began her musical journey at the tender age of seven listening to the inspirational Oldies But Goodies; where her interest in R&B artists such as Stevie Wonder and Al Green lead to writing full R&B/Soul ballads and playful up tempo tunes by the age of eleven. Deeply into jazz artist such as Kenny G and Najee, she started playing the saxophone in the sixth grade and was invited during her first year of playing to the All-City Band; where she was ranked third chair overall in her hometown of Chesapeake, Virginia. By the age of fourteen, Cara-Mel became intrigued with Miami Bass, Down South and Hip Hop music with influences such as Luke, Salt-N-Pepa, Tupac, Lauryn Hill, Slick Rick, A Tribe Called Quest, and 69 Boyz; this is where her style of rhythmical writing took off into her own creation during the early part of this artist’s indie career.

However, after years of struggling to get on with a major label she made the mistake of giving up in pursuit of these musical dreams and stopped creating and producing music for years. Once hanging up her microphone, this musical talent spent time working years as a special education teacher and in fitness. In 2008, she started a health and wellness business, which became very successful throughout the Washington D.C. Metropolitan area for five years. However, during the mid-2013 economic slowdown and the federal government’s sequestration; cutbacks forced her to close the family business. The sudden loss of income forced her to foreclose on her home and subsequently file for bankruptcy.

Attempting to get back on her feet, this young artist was hit with another blow; as she was diagnosed with Ductal Carcinoma in Situ (DCIS), which is considered the earliest form of breast cancer. Once given this devastating news her reflection about life came to the forefront with some regrets. It was during this time she vowed to go back to one of her greatest past loves; which was music. This motivated Cara-Mel to record “Broke,” her first hip hop song in years. The street promo song, “Broke” placed her on the map when it caught the attention of DJ SIDEREAL from Minnesota and landed a spot on the “Stamp of Approval” mixtape song bangers of the year in 2015. This song was written and recorded to reflect the frustrations of living check to check; which everyone can relate to at some point of their lives. Following her return to the music scene, she released “Back To The Grind;” a sneak peek of what was to come from the highly anticipated debut mixtape “Racial Profile;” which was released in September of 2016. Since then, Mel’s music has been placed on mixtapes such as “Never Falling Off” hosted by the On By Society Movement and DMV vs EVERYBODY 3, a popular DMV Music Plug local artist’s series. She has also collaborated with several independent artists in various genres from Rock to Pop; highlighting her versatility.

In addition to this artist’s versatile songwriting abilities, vocal training, music production, and saxophone talent; she will soon hold a Bachelor’s Degree in Business Management from the University of Maryland University College. With dreams to utilize her gifts to demonstrate a positive perspective within the music industry, Cara-Mel is striving to incorporate her talent through networking and bringing change. As she states best, “We as females should not feel the need to remove clothing, get hair weaves or implants just to get a record deal and make a sale!” “Let your music speak for itself!” With a sound like no other, this artist is definitely creating her own lane and truly is a voice for the people. 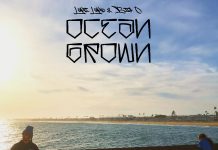 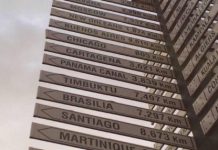 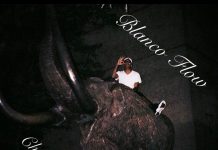