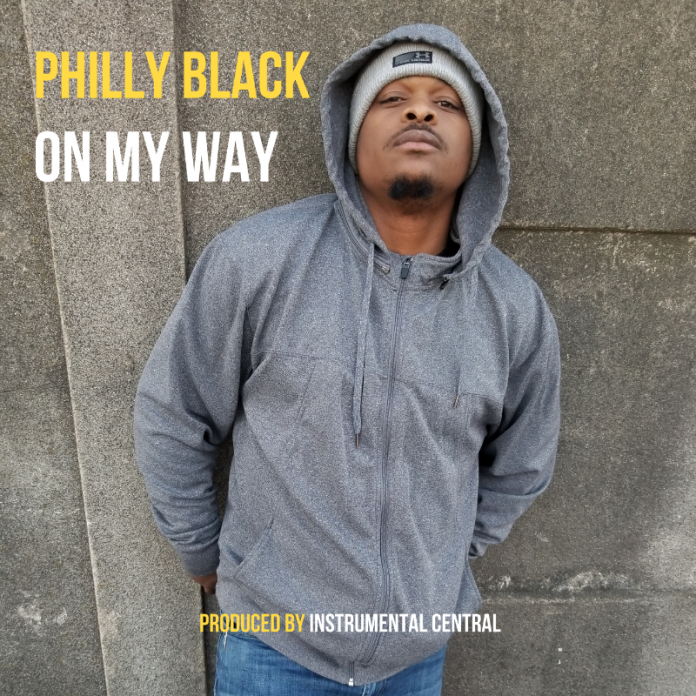 Check out this music review for the new single,  ‘On My Way’ released by The Philly Black

The Philly Black just announced the release of a brand new studio single, “On My Way.” The song shines a light on the vision, focus, and attitude presented by The Philly Black, and the creative possibilities are endless.

This song takes hip-hop to the next level, incorporating a wide range of styles and attitudes. At times, the track’s flow might remind you of some undying old-school legends. However, this isn’t the only vibe here. In fact, “On My Way” feels fresh, with a modern outlook on production.

Ultimately, The Philly Black makes music that blurs the lines between different ways to intend the sound and feel of rap, defying the average cliches. Creativity is the keyword here, and there is something special about the way this track unfolds, serving as an excellent introduction to The Philly Black’s work and vision.

If you like gritty bears and soaring melodies, don’t pass up on this one. This song is about not letting people get you down – It’s about staying strong and keeping the hustle going, no matter what!

Find out more about The Philly Black, and do not miss out on the artist’s brand new single release, “On My Way.” You can find the song on Soundcloud and elsewhere on the web.

The Philly Black, is a Hip-hop artist, songwriter, and activist born in Annapolis MD, raised in Philadelphia, he embarked on his music career while serving in the United States Army where he formed a short-lived Hip-Hop group, Urban Theory. In 1998 South Korea based record label owner The Boss Man signed the group to their first record deal. With the group appearing twice on The Black Rose Records Compilation Album Ghetto Rising 99’. The group later lost contact due to The Philly Black’s ETS out of the military and back into civilian life.

The Philly Black is no stranger to the struggle. Growing up with a single mother of 5, who was a victim of extreme domestic violence, living on the welfare system in the famed Richard Allen Projects and various subsidized houses throughout the city of Philadelphia in the 80’s and early 90’s. The Philly Black recalls “Growing up without a father figure during the 90’s was hard especially when your father was a womanizer, abuser, pool hustler, and all-around bad guy. You get heat every day from the neighborhood children and classmates which can hurt a lot but over time you learn to get numb to it. Not to mention growing up below the poverty level didn’t help the situation. I remember times where we had to eat ice out of the freezer because we ran out of food and through it all I still didn’t run to the streets. I chose not to be a static and I’m still making that choice today and every day.”

Throughout the years The Philly Black has continued to work on his craft channeling his life experiences into his music. Philly Black has and continues to perform at various open mics and showcases with various celebrities and aspiring artist throughout the tri-state area. “I want my music to connect with the people to pull at the root, spark questions to enact change. Just like KRS-ONE says “Hip-Hop is what you live, Rap is what you do” I feel that 100. So, I strive to make music that will uplift and educate the community in a positive way while safely having fun. That’s how we change the world. It’s about our future and cultural preservation.”

The Philly Black is currently working on his EP “On My Way” and has released its title record “On My Way” which he is currently in the process of getting radio air play. “On My Way is about finding yourself not letting people in life bring you down or stop your hustle. It’s about moving forward while letting go of the past, learning from mistakes and seeing the beauty that life has to offer.” There are a few things left to do but is should be ready this summer so stay tuned.