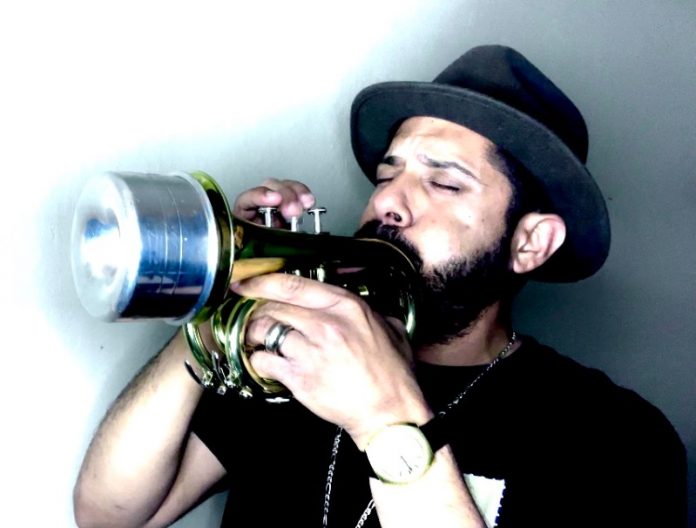 Samir announces the release of his new single, ‘Nature Boy’

Born and raised in the Southern California desert, Samir’s journey began with a 1950s “Besson” trumpet. Bought by his father at age 12. This particular trumpet that got him started was passed down by generations of trumpet players. It was dull and dented with no lacquer. The valves clicked, slides were stuck and the corks were dry. But this trumpet had the 1950s sound built into it and was always ready to be played. Because this horn was so difficult to learn with, every other trumpet he played was a breeze.

A few years later he was playing with the high school marching band at a football game. He was approached by a key player in the Latin/Ska band, Kura. He was asked if he could play a few songs at an upcoming show and he quickly accepts the offer. At age 16 Samir was playing in nightclubs, bars and parties all over Los Angeles and down in Mexico. He was the youngest kid in the group and everyone was easily 10 years older than him. But he played things that 16 year old kids shouldn’t be playing.

Samir collaborated with many artists in the Palm Springs, Ca area until he quit playing in 2008. He began playing again in 2015. During those years his life had evolved and so did his sound when he started a new chapter.