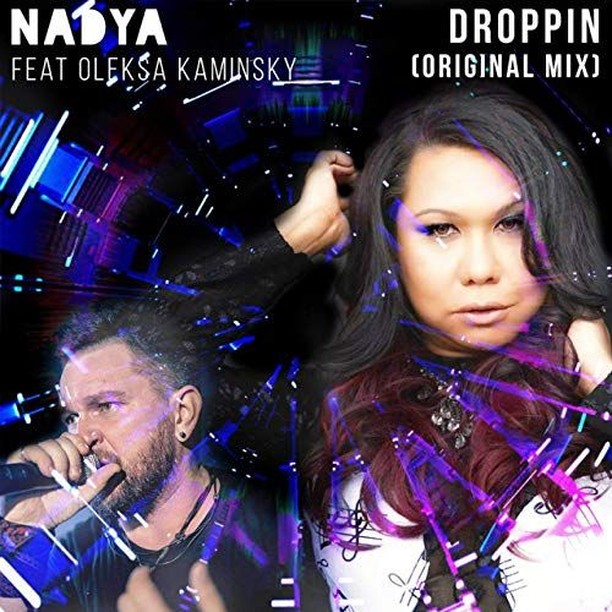 Check out this music review of the new single, ‘DROPPIN’ releases by Nadya – featuring Oleksa Kaminsky

A new EDM production with a pulsating heart and a killer flow.

Some of the most interesting things in music happen when creative geniuses collide. In particular, the world of electronic music is a perfect platform for artists to collaborate. This is definitely the case of Nadya and Oleska Kaminsky, who teamed up to create a fantastic new project titled “DROPPIN.”

This track is a stunning anthem for the dance floor, capturing the energy of the clubbing scene, with melodies that echo influences as diverse as House, Techno, and many more. With its combination of upbeat grooves and clever vocal arrangements, this track hits the mark with an inspiring and one-of-a-kind sound.

Ultimately, “DROPPIN” has a charming, mysterious sound that adds to the complexity of the bit, while still retaining a very broad and accessible sound. This is the kind of song that you just need to play loud, because it’s inherent upbeat rhythm just can’t be ignored.

This release is an absolute banger, with plenty of energy and melody, striking a unique balance.

Nâdya Sudjaja, a Asian-American singer came from humble beginnings in Southeast Asia. She had been known to work behind the scenes as a songwriter. She worked with veterans in the music industry interpreting Disney Classics in Bahasa Indonesian, to include, Cermin Diri (from the movie Mulan’s Reflection) and most recently Lepaskan Pop Version (from the movie Frozen’s Let it Go).

Nâdya recently became one of the very few crossover artists from the Philippines to have ranked and charting in the top 50 of the Global Adult Contemporary Charts simultaneously. Path for Love is a musical collaboration between two international artists; Nadya Sudjaja and Oleksa Kaminsky. Despite the distance between the US and Ukraine, they both bridged the gap between continents to show music has no boundaries.

Nâdya, a true woman of the world, sings in her voice the story of our lives. Nâdya together with talented artists around the globe is working on her next album “Chain of Dreams.” It is an authentic album, with melodies tinged with pop sounds from all over the world, that only she could sing.

Talented, radiant and atypical, Nadya is a citizen of here and elsewhere, who seizes her pen as soon as she feels the urge to inspire and share her stories through music. What to expect on her new album? Nâdya’s travel diary and memories from around the globe.