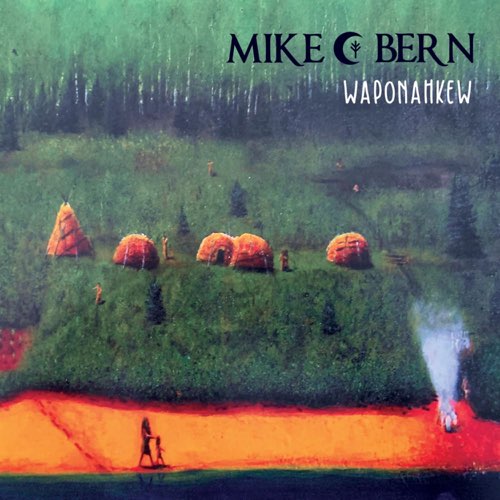 Based in New Brunswick, this indigenous folk-rock artist is influenced by the likes of Chris Otepka, Ben Schneider, and Neil Young. Like these legendary acts, Mike Bern has a strong focus on storytelling and authentic lyrics.

“Waponahkew”, means “Person of the Dawn” and the album explores the artist’s ancestry and heritage. This album is unique, with Mike’s signature raw voice paired with traditional folk melodies. His songs explore pain, loss, family, trauma, and history.

One of the most personal songs and standouts on the album is ‘Apatapasiq”. The song was inspired by family members who went through the Shubenacadie Residential School. In this facility, children went through untold suffering and were isolated from their family, life, and culture. People in his family were catapulted into a system of neglect and abuse.

He also performs the chorus in the Wolastoqey language, which adds an even more powerful layer to the song.

Mike Bern has played in several different bands and has even had one of his songs features in the 2018 Winter Olympics. However, “Waponahkew” is his debut release and it’s a powerful start to his solo career.