ArtistRack brings to you the visuals for ‘Everyone Knows How It Goes’ by Liz Kennedy:

There are few things in art that affect the human psyche more than restorative nostalgia. It’s a force that consumes us in a wave of emotions more powerful than any present-tense musings. San Francisco based singer/songwriter, Liz Kennedy has teamed up with American music icon, Taj Mahal to take us down memory lane on their reflective new single, “Everyone Knows How It Goes.”

The lead single is a standout track off Kennedy’s forthcoming album Hike Up Your Socks. The soulful and poetic narratives of the record apply a humanistic undertone and speaks to the quintessential truth that the best thing you can ever be in life, is yourself. The 12-track collection was produced by Joel Jaffe, who’s partnered with Kennedy on all her previous albums including Clean White Shirt, A Good Peach, Nothing Like An Angel, and Speed Bump. Hike Up Your Socks incorporate more roots influence than past releases, emitting an earthy, acoustic sonic landscape with elements of rock and blues and a deeper dig into the artist’s own humble beginnings as a folk music fan in the 60’s.

To up the ante, Liz decided to bring in a true legend to help her realize her musical vision. No stranger to the power of music in the mid-20th century, three-time Grammy Award-winning singer, songwriter, film composer, guitarist and multi-instrumentalist, Taj Mahal joins Kennedy with vocals and banjo on “Everyone Knows How It Goes” and harmonica on the front-porch-ballad, “Love Gave Me Away.” Coming off of a 2014 Lifetime Achievement for Performance Award at the 13th Annual Americana Honors, Mahal has reached a new level of enlightenment in his 50+ years of performing and his exuberance for his art is stronger now than ever.

This compelling duet is a whistful daydream of youth: unshackled. The magic of the 60’s lives on in the hearts and souls of those who were there to experience it in real time. “Everyone Knows How It Goes” details the magical musical mosaic of that brief moment in time, remembering huddling up in a room with all your closest friends, learning songs in cramped rooms “with candles and wine.” A graceful coming of age, the visuals exude a sentimental yearning with every turn it takes, filmed in black and white and even revealing photos from both artists’ remarkable pasts. 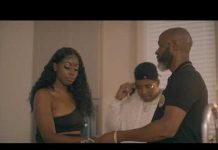 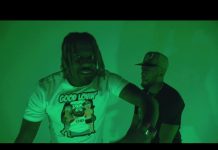 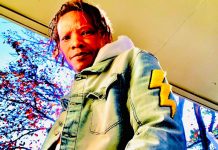