It is tremendously inspiring to watch a young artist find her voice. It’s even better when that artist wastes no time in establishing a sonic and visual identity for her work: that’s the surest sign that a pop star is going to be with us for a long time. For instance, it wasn’t so long ago that Kyla Imani was best known for her YouTube videos – fantastic YouTube videos, mind you, like the stunning shot-by-shot remake of Beyonce’s “7-11” clip that has now been viewed over a million times. Two and a half years from that viral success, the still-teenaged Imani has stepped clear from the shadows of her influences: “Sitting Up In My Room”, her latest single, is a bold announcement of her arrival as a star in her own right.

Co-written by Ester Dean – who has also penned hits for Drake, Selena Gomez, Katy Perry, and many others – “Sitting Up In My Room” is a sleek, catchy, mesmerizing slice of modern R&B. The song, which has already been featured on TheSource.com and Essentially Pop, features a guest verse by another young artist just coming into his own. Jay Critch has been called the new face of New York City hip-hop: a recent profile in The Fader called him the man who could bridge the generational divide between old-school rap and the feel-first vocalists currently dominating the genre. His single “Speak Up” roared out of Brooklyn in autumn 2017 and established him as a national artist. Critch’s verse on “Sitting Up In My Room” puts all of his talents on display – it’s direct and communicative, but it’s also sonically provocative. His delivery is an exciting counterpoint to Imani’s soulful, introspective singing: this is a conversation they’re having, and we’re invited to listen in.

The clip for the song takes us into Kyla Imani’s room, and, like most teenagers’ private spaces, it’s a reflection of the personality of its occupant. There are signs of Imani’s youth: her name, for instance, is spelled out in large pink letters festooned with fairy lights. Yet the room is filled with a crimson glow that reflects the longing she’s feeling – and when the camera turns to the window, we discover we’re high above the city at night. With its endless possibilities, it beckons to her. She looks out wistfully, sitting on the floor by her bed, playing with her phone, waiting for a call that may or may not come. Anyone who has ever been a teenager can surely relate. 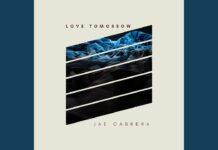 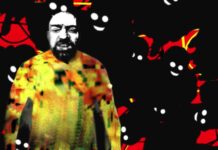 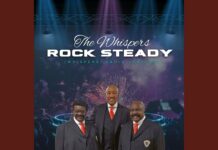 Teflon Don – Ride With Me