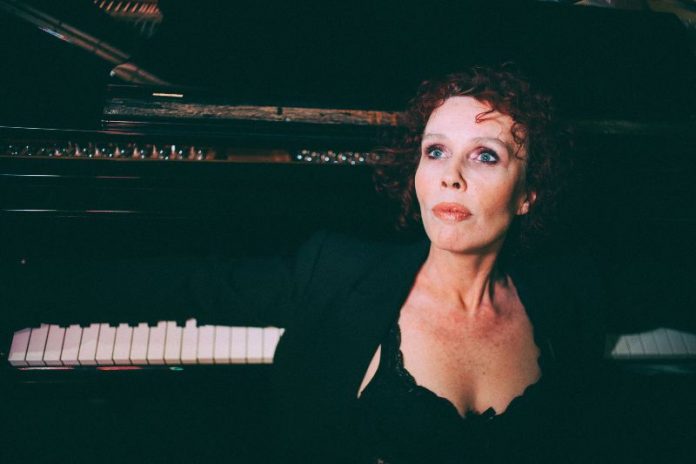 Award winning Jazz Artist Fiona Ross has become known for creating a her own contemporary Jazz sound using fast paced Latin Jazz, vintage jazz club and a little neo soul along with heart wrenching ballads that demonstrate that “Her style is poetic and the messages ooze with Millennial angst” (Jazz weekly). She came to the world’s attention as “The artist that gave Ed Sheeran his ‘first push'” (Daily Express), but has very quickly established herself as an artist in her own right and has received incredible reviews across the globe for all of her four albums. Her live performances have seen her perform at prestigious Jazz venues including 606 Club, Pizza Express, Bulls Head, Nells Jazz and Blues, Toulouse Lautrec and Zedel. Her recent album ‘Fierce and Non-Compliant’ sees an incredible line of special guest including Grammy award winning bassist Snow Owl and sleeve notes written by award winning author and Jazz historian Maxine Gordon. The album has won several awards already and received outstanding reviews across the world.

London in the UK

All my life really as I started as a child, but I have been focusing on my work as a Jazz artist, for the past four years.

Well, it’s called ‘Fierce and Non-Compliant’ and features a photo of me when I was young on the front. It has a bit of everything under heading of Jazz – so some more traditional Jazz along with some Blues and Latin Jazz. All the songs are my own and I also produced the album. I have a full band with a brass section, although there is also a track that is just piano, vocal and trumpet. I cover a few different topics from just being yourself and doing your thing, mental health, using words correctly to standard broken heart songs. There is also a song for my Father.

Goodness knows, ha! I have been working in the creative industry since I was two and trained in dance and drama as well as music. I initially trained for the theatre world and had my first lead role in the West End, London when I was eight. I just don’t know anything else. I worked in creative arts education for many years along side my other work, but decided to stop all of that and focus on my career as a Jazz artist, and, well, here I am!

We are in a very crazy time due to the virus situation. It’s challenging for us all, with most gigs cancelled and venues shut and we don’t know when they will re open. But music will never go away and we will return! We just have to try really hard to stay positive and motivated.

I couldn’t possibly name one. There are so many artist that influence in different ways too. The obvious artists that immediately spring to mind are Prince, David Bowie, Miles Davis and so many more. I have been influence by a wide range of artists from Ella Fitzgerald to Michel Camilo.

I have been incredibly fortunate to work with some wonderful artists. My recent album has Latin Grammy nominated and world-renowned bassist Snow Owl is a special guest on two tracks. who has played with artists such as Al Jarreau, Christina Aguilera, Elton John and continually referred to in many bass publications as one the most influential bassists of all times and in fact was voted the best bass player in the world a few months ago. I also have Italian guitarist Marco Piccioni and British saxophonist Kim Cypher as guests. Adam Cooper ‘the sexiest man in dance’, award winning dancer, choreographer and director, sings a duet and Maxine Gordon, renowned author, educator, Jazz advocate – and wife of Dexter Gordon – has written the sleeve notes.

Ha, no idea. I’m just doing my thing. I guess I have been brought up with a wide variety of influences which has shaped my music – and me. But that’s what we all do, isn’t it?

I’m going to go with Prince.

I don’t know! It may have been Whitney Houston’s first album.

I’m really sorry but I couldn’t name just one favourite song. There are lots of artists I’m enjoying at the moment – but anything by Earth, Wind and Fire is always in my day to day list.

That’s far too hard to answer. I could never sell my collection. Sorry!

I’m afraid, I am all about music and creativity. The only thing I do that is not specifically related is taekwondo.

Well, I have just been working on some live session videos from all of my albums. With no venues open at the moment and therefore no gigs, I wanted to play with my musicians and do something. The videos will be released soon.

I am currently working on my next album. I’m about half way through writing and hope to start rehearsing, ready to record in September/October.

Thank you for having me!