Rising female music producer DJ G-String is releasing her latest single, ‘No One Ever Said (with Honey B Sweet)’ on the 27th of August via GString Records. The single, which will be accompanied by an endearing video created by Jaxzander, is written and composed by DJ G-String and follows the release of her high-spirited ‘Runaway’. DJ G-String earned herself a spot in the Beatport Top 100 with two different singles, was selected as one of the Top Ten Dance Artists by Reverbnation, and has been supported by numerous tastemaker publications, including We Rave You, EDM.com, EDM Maniac and DJ Times. However, it’s on the stage where she truly begins to shine, having performed on some of the top clubs in Chicago and with a play count of just under half a million across streaming platforms, the rest of the world will soon be taking notice as well.

‘No One Ever Said’ creates a powerhouse combo between DJ G-String and Honey B Sweet as they march away from the electronic world and into the dynamic halls of vocal house. A revolution in sound bit featuring the tastefully sweet lyrical power of DJ G-String we’ve come to know and love, the single sure to ignite a bit of passion in everyone’s heart 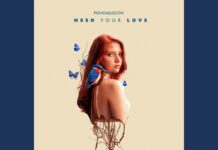 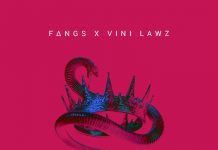 FANGS X Vini Lawz – Thanks To You 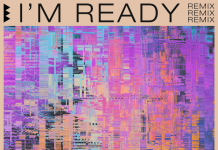