Antoine L. Collins is a talented artist with a unique, diverse and forward-thinking approach.
The artist’s new release, “Get Your Kicks On (Route 66) is a direct and thought-provoking release, which feels like a striking combination of various jazz styles, going for a classic, timeless feel.

This new studio effort represents a significant step forward for the artist, showcasing a sound that feels refined, yet instinctive and loaded with energy. From the unique mix of great musicianship and engaging grooves, down to the immediacy of the arrangement, this release channels a various range of influences to perfection, resulting in a balanced, diverse and exciting tone that will certainly please a very broad audience.

If you enjoy the sound and feel of artists such as Bing Crosby, Frank Sinatra and Steve Tyrell, you are certainly going to enjoy this release.

Find out more about Antoine L. Collins, and do not miss out on “Get Your Kicks On (Route 66)”, as well as other tracks and events from the artist

Antoine recorded his independently-released debut LP, Somewhere Along The Way, in Tel Aviv, Israel in 2015. With soulful, R&B-inspired takes on traditional standards, including “I Put A Spell On You” and “Sometimes I Feel Like A Motherless Child”, its 2016 title track video gained notice internationally through Queerty as “A Queer Twist On Love And Loss In This Gorgeous Jazz Video.“

Building on his initial creative success, Antoine’s 2018 release of Nature Boy: The Music of Nat King Cole was produced and imaginatively arranged by Phillip Victor Bova. Its independent-release celebrated the legacy of Nat King Cole, a global cultural icon who left an indelible mark on jazz and popular song. In producing the album, Bova assembled a stellar roster of diverse talent to complement Antoine’s warm vocal tones.

Besides Antoine’s recently sold-out vocal performances he has an impressive musical theatre resume which includes: Ragtime, A Chorus Line, RENT, Little Shop of Horrors and Hairspray. Additionally, he is helping to raise awareness for sexual minority refugees in 2018 by donating a portion of the proceeds from live shows and records sales to Capital Rainbow Refugee an Ottawa-based charity providing safe haven in Canada for sexual minority refugees fleeing from dangerous situations around the world.

Phillip has produced/engineered/mastered hundreds of critically acclaimed recordings for many well-known artists – most recently, Dignity for John Lavery. Well-known for his humor, huge ears, undying patience, uncanny arrangement skills, attention to detail and ability to inspire un-imagined performances – Phillip is a producer in the true sense of the word. Phillip was also a founder of TARA – The Audio Recording Academy.

As a long-time bassist Phillip is adept with all popular musical styles. He is particularly renowned for his work with real instruments, vocal recording techniques and his specialist mixing skills. His devotion to analogue and tube recording gear along with the latest digital technologies has generated many classic-sounding recordings. Equally known for innovative studio design, he has designed and constructed several world- class recording facilities, notably: Ambience Recorders, Raven Street Studios, and Studio VU. Bova also co-owns and operates the high-end boutique audio recording gear firm sage ELECTRONICS. Currently, based in his comfy state-of-the-art studio in Ottawa, he continues to amass, design and craft a mouth-watering collection of very cool gear. 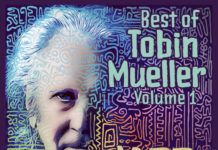 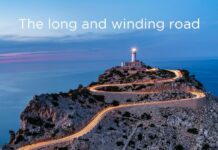 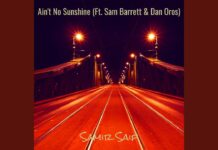