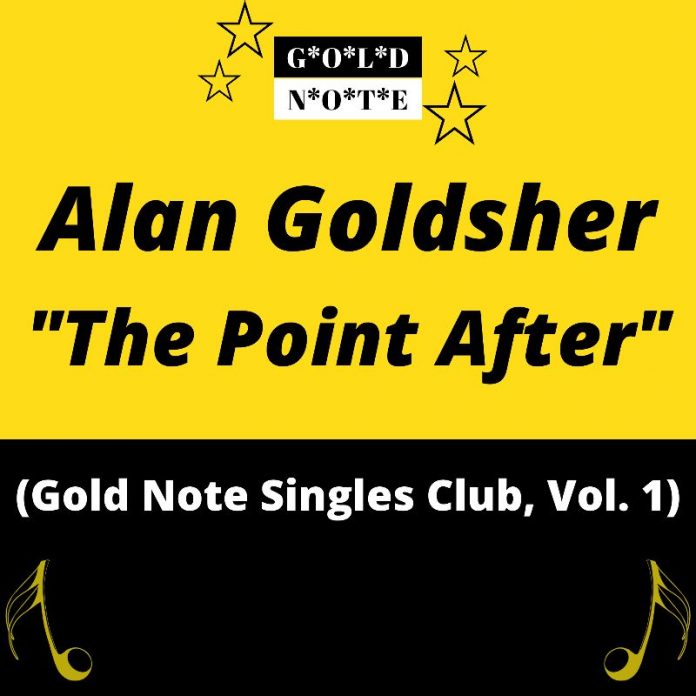 Beats that fill a dance floor in nanoseconds.

Sounds that take up permanent residence in your dome.

And it all clocks in at under four minutes.

That’s a single. And jazz singles aren’t a thing.

At least until now.

“Just because a tune is instrumental and 70% improv-driven doesn’t mean it can’t be treated as a pop song. I’m convinced there’s a wide audience for quick and catchy dance-centric jazz, and delivering the music on a tune-by-tune basis might be an ideal way to reach it. Thus, the Gold Note Singles Club.”

So says bassist / keyboardist / producer Alan Goldsher, who also happens to be the founder and CEO of Gold Note Records, as well as the man behind the Singles Club.

The concept, Alan says, is simple. “On the first of each month, I’ll drop a new track. The only thing they’ll have in common is commerciality.”

To some, the word “commercial” comes across as cynical and sales-y, but as Goldsher explains, that’s far from the intent. “The goal of the Singles Club isn’t to create music that will sell a million copies or garner a zillion streams…although that certainly wouldn’t suck. What I’m trying to do is reframe the way jazz is presented.”

The Singles Club’s debut, “The Point After,” was the ideal place to start.

“One of my friends told me this one sounds as if Medeski Martin & Wood decided to cut a pop song,” Alan says. “You’ve got a memorable melody, a raucous improv, and an undeniable beat. I think it hits the sweet spot between jazz, electronica, and pop, and my hope is that fans of those styles will appreciate the comfort of the single-song format.”

Over the last two years, Goldsher, via Gold Note, has released five albums and an EP, which have earned a combined 35,000-plus streams, a total of which Alan is justifiably proud. “These aren’t Billie Eilish numbers, but as an indie label with a teeny-tiny ad budget, man, I’ll take it.”

For more information or to schedule an interview with Alan, write info@GoldNoteRecords.com .