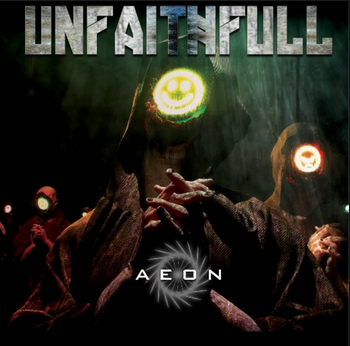 Unfaithfull is an Industrial-Core metal band active since 2007. The aim is to grind together the ’90s crushing death metal style with the cold and ultra modern fascination of electronic post industrial. The sound is rich of various influences as industrial metal, metalcore, groove metal, djent metal, death metal.

An “unrestrainable wall of sound” is what better describes the band, a post-apocalyptic mood that only machine-based minds can produce and assemble. The brand new album “AEON” is now online with its eight tracks of pure cybernetic anger, ultra processed “binary system based” songwriting and with the only purpose to make you humans acting like automaton-maniacs.

In 2016 our EP “ Maelström” won the “Best European EP” award on European Metal Channel. In April 2020 our full lenght “AEON” won the “Self Released Album Of The Month” prize on RockHard Italy