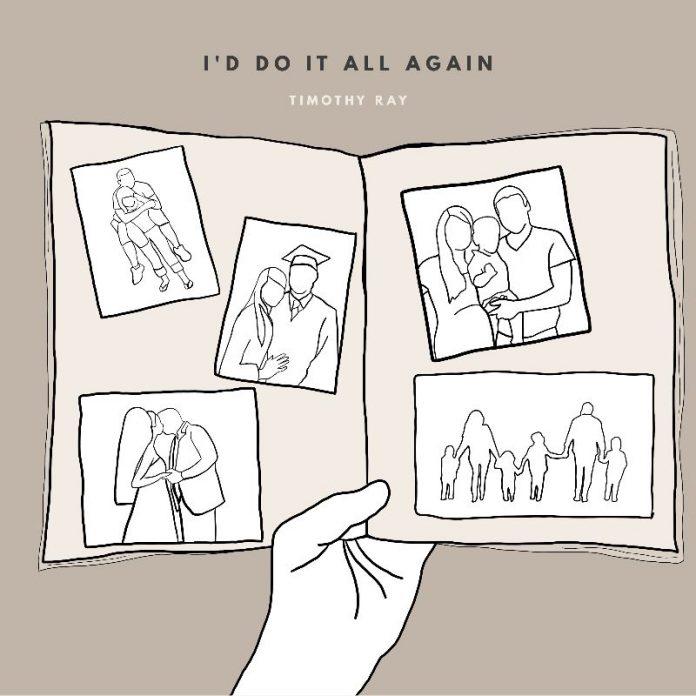 Timothy Ray annouces the release of his new single, ‘I’d Do It All Again’

As a husband and father of 4 boys it is easy to see where Timothy Ray gets inspiration for his music. This Atlanta based artist started this new project as a “sung” love letter of sorts to his wife for their 10 year wedding anniversary. He recorded an album worth of songs and is now releasing them regularly. Oh Yeah, and his wife doesn’t even get to hear them until they get released!

His music finds inspiration from guys like Ben Rector, Andy Grammar and even some mainstream pop sounds like the Jonas Brothers and Harry Styles. While some songs feel fun and light, on others you may just want to slow dance to a John Mayor like guitar solo. There is a relevance to his sound but also a very deliberate message in the lyrics. You can’t help but listen to his music and think that love is a great thing. His passion for music and love is apparent in every song he sings and listening to this music just might make you want to fall in love all over again!