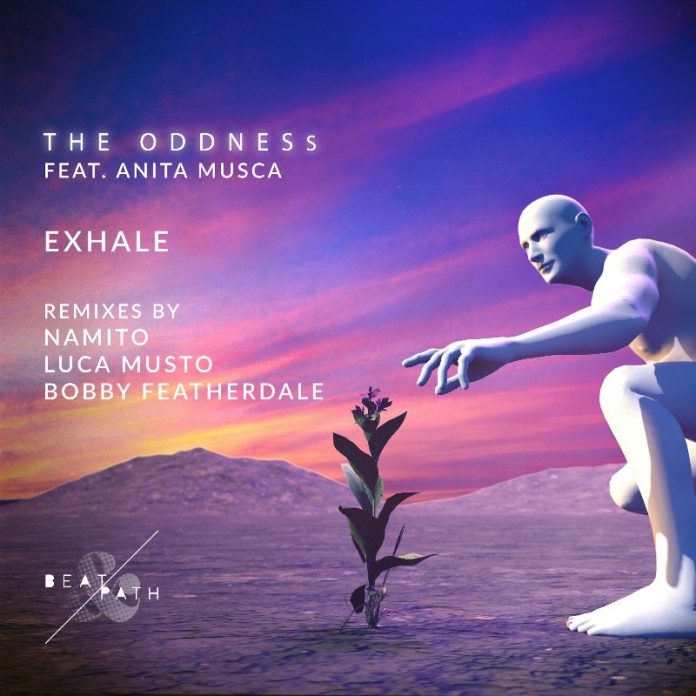 Internal peace is challenging, a psychological puzzle promising enlightenment to those who achieve it. On the upcoming second full-length LP from Australia’s The Oddness, titled ’Observations as a Stranger’, the producer use organic beats and 3D house to explore themes of sympathy, salvation, and the machinations of what it means to be human.
Serving as Beat & Path’s third full-length album, the release could not be better timed. It’s hard not to connect these tumultuous times with the LP’s central themes of rebirth. Nowhere is that more evident than the cleansing first single ‘Exhale’ which features the emotionally pressed vocals of Anita Musca. Included with the original are three interpretations from scene veteran Namito, Germany’s Luca Musto, and an elastic disco-inspired remix from Bobby Featherdale.

On the original, a warm bassline rides a resolute 4/4 rhythm and a flittering guitar riff. There is ample space for Anita Musca’s vocals to come alive, inviting us to ’Breathe. Don’t Leave. Don’t Stay’. The slight melodic rise accentuates her increasingly stressed tone. She is wrought with the pain of fighting yourself, caught between the lure of a new self and the grief of losing the old.