Based in Los Angeles, California, the artist is influenced by the likes of Young Thug, Lil Keed, and Robyn, to mention but a few. In his music, Rahjul blurs the lines between old-school hip-hop and the modern rap sound. His already become a new voice on the music scene, and his style and musical approach is resonating on an international level.

“Christina and Samantha” is a melodic and contemporary track with a catchy pop aesthetic. Even though there is an eclectic blend of genres the artist still stays true to his hip-hop roots. This release follows his debut release “Pumpkin Pie”, which sent waves in the music industry.

Now, nothing is stopping Rahjul. The sky is the limit, and he’s working hard to produce captivating and innovative soundscapes and rap flows.

Follow the link below to listen to “Christina and Samantha” and don’t forget to follow him on socials to keep updated on upcoming releases! 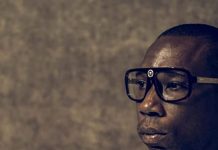