Next Friday, October 30, David and Tiffany Spencer will be releasing ‘NOW,’ their latest musical endeavor. The contemporary gospel single marks the first studio release of the married couple’s collaboration. First, though, some information on them both individually…

Hailing from North Carolina, David is a singer, songwriter, and producer. He has been involved extensively with national gospel acts, programs, and awards, and his production credits include the hit single ‘Good Morning,’ featured in the film ‘Shake off the World.’ In recent years, David has been a musical director for two different churches and in 2015 he formed his company, Sound of David, LLC.

Tiffany also hails from North Carolina and she is currently riding the momentum of her debut release, ‘Growing Gracefully.’ With a background in music education, Tiffany has been working with a number of choirs for many years now, all while providing workshops and lessons to aid choirs in reaching their full potential in their ministries. She has served as vocal director for a gospel group and a choir director for a church.

The elegant combination of the couple’s musical prowess has resulted in ‘NOW,’ a beautifully complex single highlighting the talents of both performers. The song embraces a level of pop sensibility, making it perfect for praise in church services or contemporary gospel events. “I’ll praise you now,” the couple croons over a stunning landscape of electronic and traditional influence poignantly melded together in perfect harmony.

‘NOW’ is available October 30 on all major digital distribution outlets 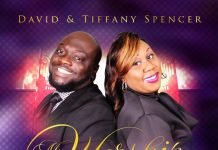 David and Tiffany Spencer – My Worship Is For Real 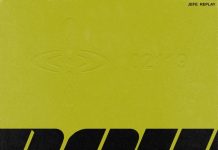 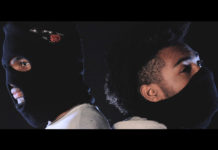