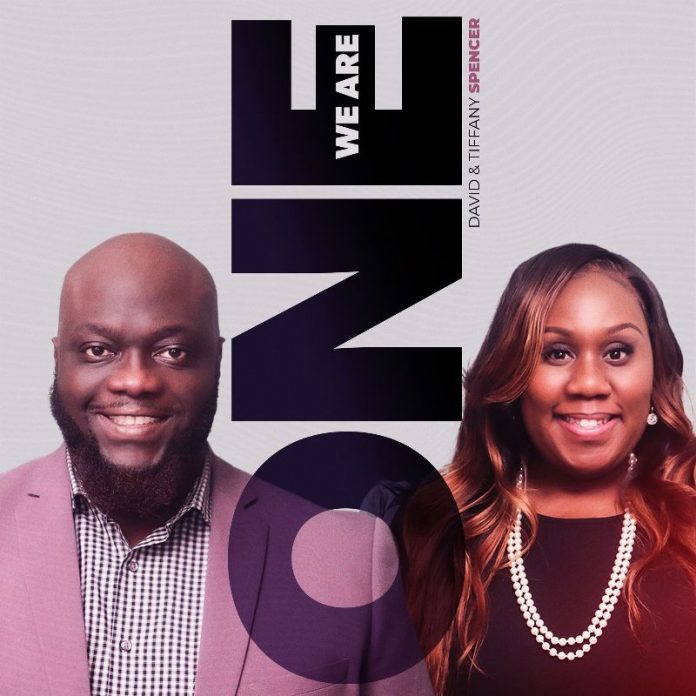 The newest couple on the gospel scene, David and Tiffany Spencer, releases their new single “We Are One.” The single will be available on January 15, 2021, on all digital outlets. The release date is also Dr. Martin Luther King Jr’s Birthday. The song is a reminder that King’s dream can be a reality. If we remember that we are one, we can get to the Promised Land together.

“We Are One” is a battle cry that we should continue to labor together until we realize King’s dream. “I enjoyed recording this song, and I hope listeners will embrace the message,” Tiffany said. “Our goal is to help people move past divisiveness by singing along with us- We Are One.”

2020 Elections brought out the best and worse in people. Voters on both sides of the aisle were very passionate and rightfully so. “We have to be careful not to let passion turn into hate towards our brothers and sisters who may not agree with our political stance,” David said. “Our differences do not have to divide us.”

The new single “We Are One” is riding the momentum of the couple’s recent successes.

“Gonna Make It,” the couple’s break out single, has been featured on radio stations around the country, charting as high as #22 on the Gospel Internet Radio BDS chart for airplay. The duet’s album “One Touch” was named the 2020 Kingdom Image Award Best Album of the year and won a 2020 Rhythm of Gospel Award for Best Packaging.

“It was such a huge honor and privilege to get the call four years ago to produce a few tracks for David and Tiffany’s acclaimed project, One Touch. Having worked with many versatile artists, I found working with them allowed me to take music production further without boundaries,” said Chris Adams, CEO of VonJoie Music. “Their chemistry, bond, and anointing made the records shine.”

David and Tiffany’s vocals are featured on records with Kim Cash Tate, Bryon Walker, Sheri Jones Moffett, Will Harris Fellowship Chorale, JaShawna Bellamy, and many more projects. James Patrick Stuart, Emmy Award Nominee, featured the couple’s “soultry vocals” on his record “Can You Feel Me,” which he performed on ABC’s General Hospital.