No Lungs is an indie project from Chandler, Arizona created by Austin Ryan. He currently plays all of the instruments and vocals on recordings, which he also mixes and masters. Recently, No Lungs has grown to a live band which consists of Austin Ryan on vocals and guitar, Austin Carson on second guitar, Noah Nason on bass, and Sam Etling on drums.

I’ve been making music for a while. I started out as a drummer playing in different bands. I still do that, but making music for No Lungs has only been a thing for a few months. It started in December of 2017, so it’s still pretty new.

Only 8. I have one full length and it’s 7 songs. Every song is close to five minutes, and one is a whopping 13 minute song so it didn’t take much time to have a full length’s worth of songs. I also put out a cover of “Kids” by MGMT. The album is called These Treads Lead Somewhere and it came out in January, but I’m already almost done with another album I plan to put out soon.

Of course. These Threads Lead Somewhere is the first No Lungs album. I just had a lot of songs that I wasn’t doing anything with, and in December I decided to form No Lungs. It’s a special thing for me because I’m playing all of the instruments, and it’s pretty much going to stay like that. Lots of the content on that album is based around relationships, both romantic and platonic. I just really wanted to vent. It takes a lot of turns, like songs about relationships ending or meeting people on Tinder and regretting it or playing a drinking game and getting really messed up. I didn’t care too much about the lyrics.

There’s actually a No Lungs album I’m putting out soon called Never Live It Down, and lots of the songs on there are darker, both musically and lyrically. These Threads Lead Somewhere is pretty poppy, and I love it in that way, but the next No Lungs album is going to be my favorite.

I have no idea. I was asked this in another interview and couldn’t come up with a great answer because I don’t think I’m really in a music industry. I’m just a dude making music in my room and putting it online. I don’t care too much about the industry.

I think it’s definitely become something different than it was when I was growing up, in a good way. You can do lots of work yourself even if you’re on a budget. Before then, you had to book time at a studio and hire an engineer and everything, but now people are making music in their bedrooms just like me. It’s amazing. Another thing is this: there’s a market for everything. I started and continue to do No Lungs for me, but I was amazed to find so many people following the music on Instagram especially. That just happened from following people. If you put in the work, you can make so many things happen. I believe this is the best time to be an artist in any definition of the word.

Nobody on a No Lungs song, but I have a small verse in a song made by this acoustic artist named Sam.
He goes under the name Sore Eyes. He also plays drums in the No Lungs live band.

That’s the last thing on my mind. I don’t think too much about how my music is different. I guess it’s different because it’s me.

Oh man, I would love to collaborate with Kurt Cobain or Will Toledo.

With my own money? I think it was Four Minute Mile by The Get Up Kids, but when I was a kid I begged my dad to buy me Astro Lounge by Smash Mouth. I think that was the first album I owned. Wait, no, because I had the Shrek soundtrack before that. I think I’m going with the Shrek.

Probably my signed Catfish and the Bottlemen CD. I had this huge phase where I was super super into them. I still am, but you should have seen me in 2015.

You gotta be kiddin’ me!

Besides playing music, I like to listen to music. I like to read when I have the time. I like coding websites and eating food. I also like staying busy. No Lungs has taken up a lot of my time recently.

The upcoming project is an album called Never Live It Down. I’m not going to say too much about it, but I’m listening back to some of the songs and I can say this is going to be a great album. The number one thing is I want to be happy. Like I mentioned earlier, I do this No Lungs thing for me first, and this album is amazing.

These Threads Lead Somewhere is the poppier of the two albums, but I think this one has a little more to say, both musically and lyrically.

I’m not sure! I’m going to be on a podcast called Getting Stoked on March 22nd. I think that’ll be online in April. We also have a live session that we’re setting up, so that’s going to be fun. The most recent thing that I just brought up to the guys today was doing a full album show for fun. Everything I’m doing is “just for fun” first. So maybe soon we might be playing a full album show for These Threads Lead Somewhere or Never Live It Down, or both! 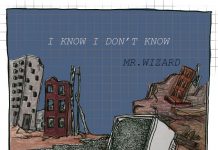 Mr.Wizard – I Don’t Want To Think About It 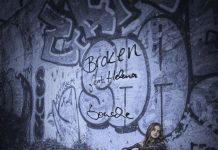 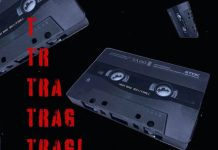