October 2022 – Necosso is a one-of-a-kind artist who applies a lot of talent, skill and creativity to his music. What makes his sound special is that he is not afraid to combine various genres, including modern tech-house, deep house, and electro into the fold.

Every nuance and influence makes the sound detailed and special, and Summertide, the artist’s most recent release, happens to be a perfect example of that. This is a very bright and melodically focused release. Still, it also holds a lot of energy, making the artist’s vision stand out.

We’re all longing for the summer days, and this song is a perfect way to keep us going, as there is still a long way to go before we can finally loose those thick sweaters! Meanwhile, this track keeps the heat going wonderfully!

Find out more about Necosso and listen to Summertide. This release is currently available on some of the world’s top digital streaming services. If you are a fan of contemporary EDM, this one is most definitely something for you to check out!

The song has a lush, deep, and cinematic sound. The bass hits right from the get-go, giving the song a massive flow. What makes Summertide special is how the song has some progressive elements to its arrangement, with new sounds and different parts coming in. The listening experience is super-engaging, and this is the kind of track that would absolutely make a venue shake. Summertide is electrifying, huge, and powerful but also incredibly melodic throughout. The vocal segments are pretty spot on as well, adding even more liveliness to the mix with an organic touch.

Based in Switzerland, the producer is fresh on the scene, having started his career in 2022. Still, his track already has an incredibly driven and accomplished sheen, giving them a massive feel right off the bat. His sound explores a wide range of EDM influences and aesthetics, going for a truly adventurous approach and a one-of-a-kind flow. Necosso might have started his career in 2022, but he is no stranger to making music, having been active since the late 90s! He has released many remixes, as well as performed a lot of amazing DJ sets throughout the years. His current music is a step forward and a new chapter in an amazing story. Summertide is one of the most interesting pages yet, and it is easy to see why!

Overall, Necosso packed a huge punch with this release. Summertide is a shining example of the artist’s production work at its best, and it feels like an amazing addition to his discography. This is the kind of song that begs to be played loudly.

Find out more about Necosso, and listen to Summertide on the best streaming platforms. 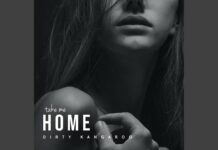 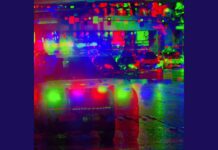 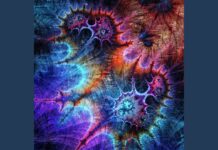