Sophisticated special effects in music videos are so widespread that audiences have grown jaded. But sometimes a clip comes along that still has the power to astonish, and to make us wonder: how the heck did they do that? The “Do Make Say” video from Mothertapes is one such clip. Instead of a big budget, the independent rock duo from Portland, Oregon employed a big idea—and the element of surprise. Singer and guitarist Pete Bosack’s on-camera transformation seems to run contrary to time’s arrow. Like every viewer, you’ll have a theory about what you’re witnessing. Will you be right? Well, Mothertapes consists of a couple of mischievous guys. They’re not revealing their secrets.

Superficially, the video is straightforward at the outset. A clean-shaven Bosack sits at a table covered with enough hot dogs (complete with all the condiments) to make Megatoad blush. As the sweet-voiced singer eats dog after dog, however, his beard and hair undergo a startling metamorphosis. Meanwhile, we see glimpses of a mysterious man’s urgent journey through a dense, disorienting forest. The tension of these seemingly unrelated scenes builds toward an expected conclusion. By the end of the video, Bosack’s locks run to his shoulders and he sports an immense shaggy beard. The whole thing feels like a terrific prank—an introduction to a band that has always prompted its audience to think, and wonder.

This strange magic and unique aesthetic are familiar to pop-rock fans in the Pacific Northwest, where Mothertapes has long been considered one of the most enthralling acts in town. Bosack and drummer Tommy Franzen are known both for their creativity in the studio and their mesmerizing live performances. “Not since the Helio Sequence has Portland seen a duo produce such dense, digitally accented prog rock,” raved arts magazine and local tastemaker Willamette Week. But Mothertapes is a playful outfit, too: their self-titled debut album is buoyed by heavenly melodies, intricate rhythms, and ear-catching effects. It’s immediately approachable, and it’s won the group a national following that continues to grow. 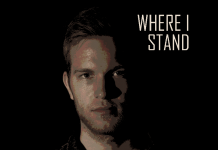 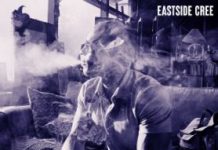