Check out the visuals for, ‘My Best Please’ by Mother Yeti

We know for sure that Mother Yeti was first spotted around 2012 at the very edge of the Pacific Northwest. Legend has it that the band behind the laid-back psych-folker “My Best Please” come from Moscow, Idaho, but rumors also abound that they may just be from Pullman, Washington. Who is Mother Yeti? They’ve gone anywhere from a three-piece, to a two-piece, to a five-piece over the years. Their sound? That, too, is not an easy question to get an answer to. They’ve fed on punk, psych rock, rhythm and blues, just about anything involving a guitar. They’re elusive, experimental, and loud. Take any track off 2016’s Gimmick’s Valley or their 2015 self-titled EP, and you’ll come to a different conclusion. And that’s exactly how they like it. They exist to give their fans something different and keep them on their toes.

They’ve jumped genres yet again with “My Best Please,” a breezy, indie acoustic jam that they couldn’t have made more perfect if they’d tried. And the best part is, it doesn’t even sound like they had to try all that hard. It’s just got that “written in a beat-up rocking chair on a paint-peeling porch strewn with crushed Rainiers” kind of thing happening. Lead guitarist and vocalists Bill Tracy does all the singing and plays all instruments on the song except for keys, which is a wurlitzer electric keyboard and Hammond organ played by Zachary Calkins. CSN&Y’s “Teach Your Children” and Grateful Dead’s “Uncle John’s Band” is in there somewhere sonically, though Tracy takes a more conversational and confessional tack here, laying bare his own flaws and asking for acceptance. Mother Yeti keep the proceedings upbeat, with jubilant, fret-climbing solos, ethereal leads, and a classic bluesy rhythm.

The visuals here are as no-frills and as uncomplicated as the band itself. Tracy wanders off the beaten path, surrounded by the trees, underbrush and slow-running streams that influence the band as much as any artist. It makes total sense – “My Best Please” is the perfect soundtrack to thought-provoking solitude. Luckily, our hero doesn’t take himself TOO heroically, as evidenced by his In-The-Zone Rock God Solo Stance about halfway through the clip. Recorded in Tracy’s spare bedroom in Pullman, the album has a down-home feeling. And with their unpredictable track record, it wouldn’t surprise us at all if their namesake had dropped by and laid down a killer harmonica solo. It really wouldn’t. Check out the video and become a believer in the beast that is Mother Yeti. 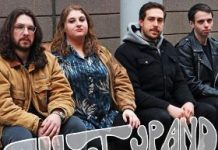 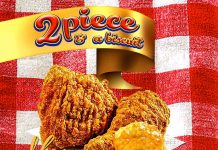 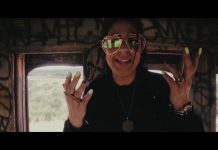