Check out the visuals for, ‘Destitute’ a new single from Like Machines

When encountering the band Like Machines, it’s important to know that they like to ask the big questions. One question of theirs, which is shouted in the chorus of their new single “Destitute,” is “Where are we supposed to go?” Although the question seems ambiguous without context, in reality, it refers to the widespread feeling of displacement in American society that the track is shining a bright and revealing light upon. Hard rock and metal music have always had a rich history of bands using their music to discuss the socioeconomic climate, and Like Machines is contributing a remarkably conscious addition to that rich history.

“Destitute” is a track that centers around the age-old story of the haves and the have-nots. However, instead of only discussing how bad off the have-nots, Like Machines use their lyrics to point the finger at the so-called haves: people who are more concerned with their “9 to 5” even though the world around them is evidently collapsing. This strong message is further punctuated by the aggressive guitar riffs in the track and even more so by the vocal abilities of the lead singer who seems to be taking influence from music’s greatest rock vocalists. He has got the graveling tone of James Hetfield from Metallica, the anthemic belting of M. Shadows from Avenged Sevenfold, and the stadium-filling hair metal flair that you would find in a performance by the late and great Ronnie James Dio.

This is Like Machines’s second release with Atlanta-based entity Madison Records. This spring, they released their debut single “Kaiser” which was regarded highly for its strong sense of influence from rock legends Black Sabbath. Like Machines have already made an impression on the music scene for what Riff Magazine calls “[their] classic-meets-modern hard rock sound” and fans are eagerly waiting to see what this new band has in store next.

The music video for “Destitute” creates a sense of duality in the social issues that Like Machines are preaching about. The video depicts side-by-side storylines of the lives of entirely different men: one is homeless yet good of heart while the other is well-off, but finding himself bitterly disappointed by life despite his financial status. They encounter each other at the beginning of the video where the well-off man dismisses the homeless individual, but after both of them experience a day filled with pain and downfalls, they meet again, and the man who has all finally takes a second to acknowledge the man who has nothing. Directed by J. Zachary Thurman, this video is a stellar example of what every conscious hard rock band should want their music video to look like. 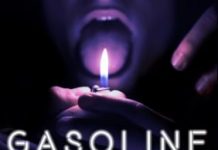 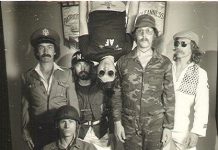 Black Angel- Julie (Get Your Cold Hands Outta That Place) 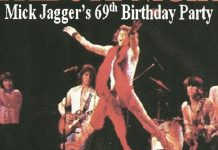