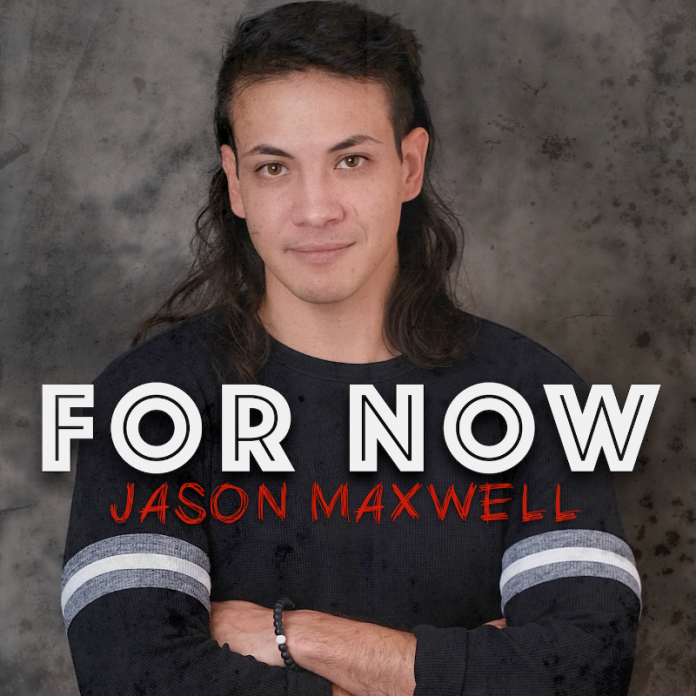 ArtistRack has the pleasure of catching up with the talented Jason Maxwell for this exclusive interview and insight into his latest release ‘For Now’:

Jason Maxwell is a singer-songwriter & recording artist known for his high-energy performances & approachable personality. Jason’s unique approach to posting creative content online coupled with his genuine eagerness to engage & interact with his listeners has helped him garner global viewership with +70 million views across social media platforms.

Despite his youthful appearance, Jason is an experienced & versatile performer – he has performed as a supporting act for several notable artists including The Washboard Union, The Reklaws, Chad Brownlee & J.J. Shiplett.

I was born in Toronto, ON but I grew up north of the city in Thornhill, ON.

I can remember writing rap lyrics with my best friend back in middle school when we were 11/12 years old. I picked up a guitar for the first time at 12 years old and I’ve been writing and recording professionally for the past 6 years.

My latest release “For Now” was inspired by a past relationship that ultimately failed – very much a case of ‘right girl, wrong time’. A year or so after our relationship ended, I noticed she had moved on to someone new and my initial reaction was to immediately question whether her new relationship was as serious or meaningful as her previous relationship with myself.

“For Now” is a bittersweet song I wrote as a letter to my ex-girlfriend. In a way it’s my first vulnerable self-depiction of how I truly felt about us drifting apart and her finding someone to replace me with. “For Now” is my honest attempt at expressing my innermost thoughts, feelings and emotions straight from the heart to pen to page to studio recording.

Although I first picked up the guitar when I was 12 years old, I didn’t really take the deep dive into the music world until my final year of university. I joined a local band to play rhythm guitar and sing background harmony – after a year or so I had the realization that I wanted to be the lead creative sharing my own artistry with the world. I recorded and released my first EP that Summer and ended up touring and performing all across Ontario. Later on that Fall, I applied for an emerging artist program at Blackbird Studios in Nashville, TN and I was fortunate and lucky enough to be approved which led to the first of several trips to record in one of the world’s most renowned studios.

It’s unbelievable how much the entire industry landscape has shifted over the past few years. My first year of touring I sold out all of my self-manufactured CDs and now CDs are essentially extinct as streaming has completely taken over. Even social media has been revamped – TikTok is the main driver of global cultural trends and it’s the most popular website on the planet, long gone are the days of music discovery on Facebook, Instagram and Youtube. On another note, it’s great to see the ease of accessibility for indie artists to distribute worldwide however it seems that the lowered barrier to entry is increasingly over-saturating the market for artists to try and carve out their own space.

Tell us more about your experience with the worldwide Netflix movie “Full Out 2: You Got This!”?

Getting involved with “Full Out 2” was a surreal experience. I got to perform my original song “Girls Like to Dance” and I played electric guitar in the movie – I always play acoustic guitar so I had spent an entire month learning the electric guitar parts from the song note for note so that I could perform it in the movie naturally without having to look down at the guitar to play. For my performance I was accompanied by 4 backup dancers who had prepared a specific choreography routine for my song which was a cool experience because I’ve never had backup dancers perform with me and I’ve never had any dance choreography arranged for any of my original songs.

I’d have to say that Russ has been the most influential on my music career. Russ is on the complete opposite spectrum from the Country genre but his business-minded, calculated approach to navigating the music industry as a whole is admirable and inspiring for an independent artist like myself. I feel like we have similar mindsets and driving forces that motivate us. I’ve learned so much from Russ’ transparency and experiences in his own journey that I’ve been able to apply it to my own career path.

I’m not afraid to try something different. I feel like most artists are so focused on what everyone else is doing and trying to replicate the current sonic trends – I feel like my greatest strength is my willingness to try anything and everything paired with my calculated, results-driven approach. I know I’m never going to be the best singer in the world but I can definitely try to out-market and out-work the best singer in the world.

On a more basic level of differentiation, I come from a mixed cultural background so I certainly don’t look like most artists in my genre. Country as a whole is predominantly Caucasian so I definitely stick out with my South Asian/Filipino facial features.

Too many to count! I’d love to have John Mayer play on an original track of mine. It’d be awesome to sing on a track with Morgan Wallen. My dream songwriting session would be with Josh Kerr. My dream live show would have to be with Russ.

The first album I ever bought with my own money was “The Eminem Show”.

It changes from week to week but lately “That Song” by “Big Wreck” has been stuck in my head. My cousin was performing at a festival with them a few weeks back and their stage presence was unreal. “That Song” was a smash-hit when I was younger so I had a wave of nostalgia wash over me hearing the song again so many years later. The song’s catchiness has been lingering ever since.

Continuum. It’s probably my favourite album of all-time. Front to back there are no skips, I don’t think I could part with such a well-written, well-produced and well-executed work of art.

I grew up playing sports – hockey took up most of my time and I played baseball in the Summer. Lately I’ve become borderline addicted to lifting weights but I’ve also gotten hooked on a few board games recently, “Catan” and “Ticket To Ride”.

None.. yet. I don’t think I’ll ever get any piercings but I can foresee a tattoo or two.

I’ve got an album to release this summer and I’m already headed back into the studio to record my next album. Fingers crossed that the “Full Out” movie series returns for a 3rd instalment in which case I will be politely begging for another cameo appearance/performance.

Thank you very much for having me! 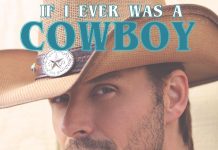 Robby Johnson – If I Ever Was a Cowboy 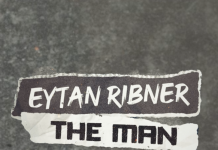 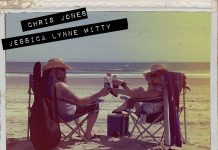