CLOUDY Artist Harun Rune definitely has that Luxe appeal. From the salons, to the department stores you hear London speaking in his work. His music is rare and valuable but thats not all its about the movies and the culture.

Ive released various singles, with the main one being Moschino. I also had a limited edition release of my album ‘GOLD’.

My latest release is ‘Start With This’ a short self explanatory peice that was inspired Film Noir and various cinemas from around the world. The visuals are amazing i’m definitely movin closer to my vision.

I started music while i was studying film, I have a taste for diegetic soundtracks and auditory creations. It started from there.

The industry is thriving lots of established talent and never seen before things occurring . Its nice to see the success and how the live of the people are being bettered by it.

There are many, from many disciplines when it comes to music its obviously somewhere near Jay Z or OVO sound where im coming from. Never ever forget Star Trak and the works of Pharrell, these are real ground-breakers.

Ive collaborated with professionals from so many disciplines its imperative you do some research to find out who they are and how they won with. Its nice to be around such talented people.

My vibe is jus wave its a cloudy sound that show what im about we live something thats not normal.

I never dream so its when, i would like to work with N.E.R.D.

The Predator by Ice Cube. Obviously my favourite song on there was ‘It Was A Good Day’.

Compilation album by The Neptunes

Im working on a project atm no titles yet but know I never lose when it comes to anything keep that in mind. 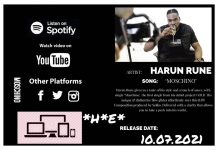 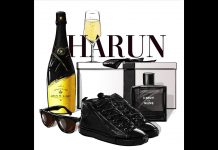 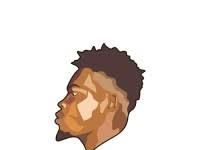