I was born in Detroit, raised in St Louis and Chicago but have been based in New York for quite a while now.

As a band we’ve been together through many incarnations since 2009. I began training as a vocalist at age ten and booking gigs in my teens.

We have independently produced two studio albums and are in the planning stages for our third.

The album is Bonjour Tristesse and These Days is the single. We were supporters of the Black Lives Matter movement and the Women’s March. The resistance is rooted in the Civil Rights and Women’s Liberation movements of the 1960s. This album is a tribute to that era. It has a sixties vibe.

I’ve worked in every facet of the Entertainment industry as a performer. Stage performance is a tough gig regardless of whatever genre. The life expectancy is pretty low whether you sing or dance or play an instrument. I’m happy to be on the production side of the business now. Industry executives have offered me a lot of unsolicited advice. They told me not to be so political. I paid them no mind.

The people never stopped buying albums. The industry stopped making them. The business seems to be driven by greed and fear. We are not motivated by greed or fear at all. We go in the studio to make music, not a killing.

Hugh Hefner passed away the other day. Now he was a business man, not an artist per se. But he was influential. He started his enterprise with a tiny loan. What was it? Four hundred dollars? He bought pictures of Marilyn Monroe and featured the best artists and literary talent. He was not afraid to get political but never told anyone who to vote for. That is the American dream. I believe in that dream.

I’ve been really fortunate to work with some of the best Jazz artists in New York and New Orleans. My pianist and arranger, Alex Levin and his trio, saxophonist Stacy Dillard, bassist Bryan Vinson and his groups Vapism and the Thousandaires.

We record live improvisational Jazz music. No autotune. We hold one rehearsal only. Most artists spend months recording. We spend one night. We could care less about what is trending in the industry. When we were told that our single was “trending” we laughed about it.

Dreams trancend space and time. What’s great about being an artist is that you can create something timeless. As a producer you can think, “I wish I had a trumpet player who could play like Miles”. Then you meet a kid who knows all the Miles Davis licks but has his own style and you create something classic with a fresh twist.

The Jazz scene isn’t really about that “hit song”. I do listen to pop music. I tune into DJ Funkmaster Flex’s radio show and go to rock shows too. I’m going to see the band Spoon. But I’m not the type who wants to hear Cardi B’s Money Moves ten times a day.

Hopefully the struggle will never get that desperate. I collect old Interscope, Stax and Motown records on vinyl. The Interscope releases are priceless.

I sign off on everything as, “Love, Always”. I try to always come from the heart. My birthday is on Valentines Day. I’m a born romantic.

We have a farm in upstate New York with a goat and chickens running around. I want to build a recording studio there. We currently record in Brooklyn.

There is a tramp stamp above my ass, unfortunately.

It’s going to be called L.E.S.

Me surfing in Ditch Plains on Montauk. That is what is going to be in the pipeline.

Thank you. I love your features and interviews and am proud to be a part. The Meth Lab on Staten Island follows you. Much respect! We have a house on Shaolin Island near that recording studio and are huge fans of Method Man and the Wu. When I pay the band I sing, “Baby, I got your money! Don’t you worry!” by O.D.B. That always makes the boys smile. 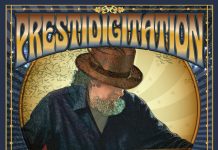 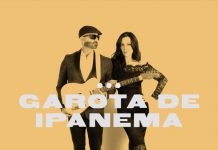