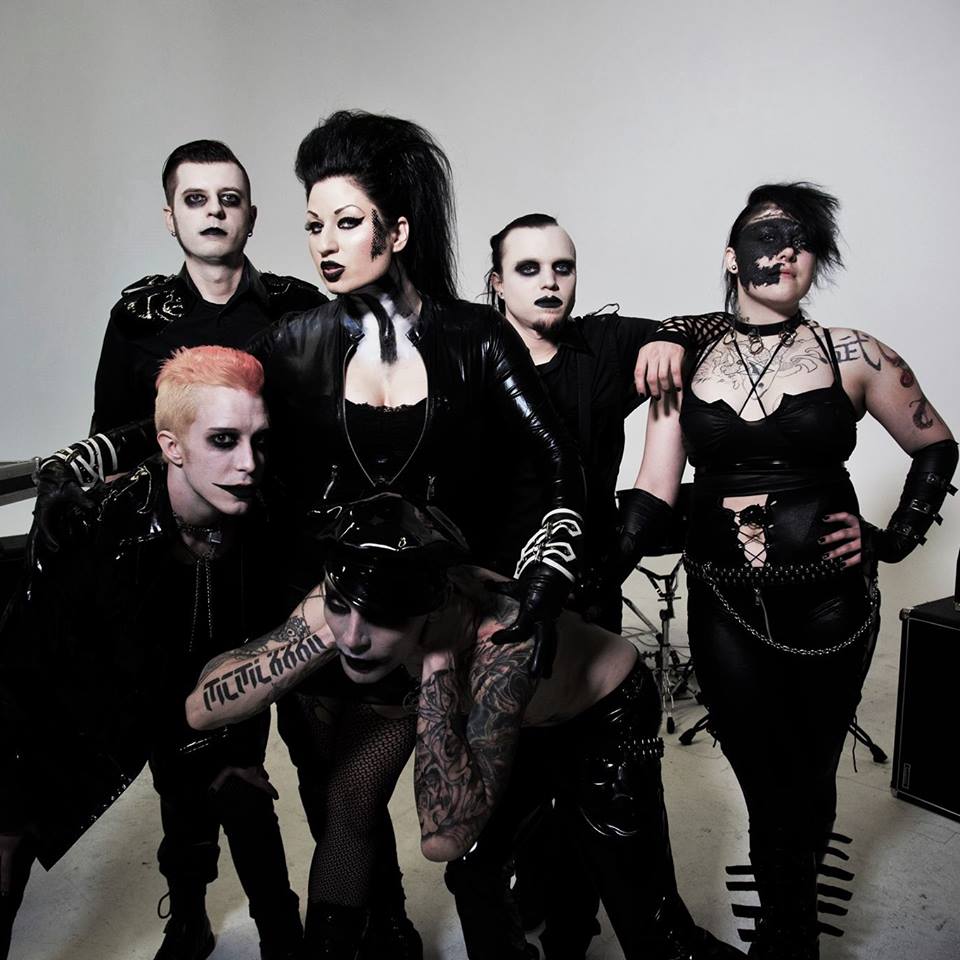 Gabriel and the Apocalypse – Thrill of the Kill:

Gabriel and the Apocalypse have been around in their current incarnation since 2011, but frontwoman Lindy Gabriel has been singing since she was six years old. Her parents were in rock bands, so it comes as no surprise that she’s always known she was destined to be a performer. Gabriel is joined by Jake LaCore on guitar, Zach Williams on drums, JACE on bass, Figgles McGee on keys/samples, and Joey Connelly on guitar for a sound that’s heavy metal meets hard rock meets industrial.

With their second full-length album and Pavement Entertainment debut The Ghost Parade, Gabriel and the Apocalypse are dramatic and theatrical, but, as Gabriel tells Devils Gate Media, like the 90s rock, metal, and industrial she listens to- it’s “not over polished. You can feel the emotion. You can feel the anger.” As LaCore tells National Rock Review, this “Marilyn Manson meets Shirley Manson” vibe makes them “a little different than many of the other popular rock bands” in the Minneapolis music scene.

Gabriel and the Apocalypse have always had strong visuals, but the “Thrill of the Kill” music video is their best effort to date. It’s a brutal clip that is disturbing and fascinating all at once. In between ferocious performances by the band, a twisted variety of experiments are performed by an immoral group of “doctors” whose research seems limited mostly to inflicting pain and suffering. Shades of Mengele and cosmetic animal testing push the visuals to the limit, but the theatrical presentation is masterfully executed and not just check shock value.