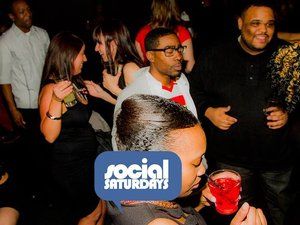 Check out the new single ‘Love Songs’ from Elliot Fernandez

The turbulent case of animosity and disdain is a precarious adventure into the psyche of a spiteful man, those are things that a sensible fellow as myself just doesn’t understand. I root for the underdog and enjoy the spoils with the triumphant, yet my support of others is questioned with sharp wit by the unwitty, how is this possible you ask? Check out the Audiobiography Of Elliot Fernandez

Born in Verret, LA but raised and cultivated in the twin cities… Elliot Fernandez strives to bring a realism to his music that has been missing for some time now in hip hop. ” I write from personal experience but truly am not seeking acclaim or fame, the purity of the art is the most important thing to” Said by Elliot Fernandez in his bedroom (lol).

Elliot Credits his father and his Uncle Teet for bringing him the necessary background to stand on his morals not his laurels. Born in the 80’s he understands that he is in a very unique position to bridge the gap between ol school hip hop and new school rap. Hip hop is just growing out of its incubation period, it has a long enough standing that some of the things you’ve seen that have happened in Rock, Country or even R&B are beginning to take shape in this genre. Just 10 years ago, it would be unheard of for a 30 plus rapper to be able to rap and to have it be accepted by a sub-culture of people….but were here now. The gap between what Millennials and The new silent generation( generation z) consider to be hip hop has distinctly separated itself, Millennials have a hard time Identifying with some of the principles expressed with these newer rappers while Generation z’ers view Millennials hip hop as archaic, so what will we see in the coming years is a plethora of older rappers emerging in different regions of the world catering to the sub-culture of people who seek to here new but old hip hop if that makes sense. With this subculture having the higher incomes and ability to purchase products specifically marketed to there tastes and lifestyles, you will see a new effort by record companies to cater to this type of consumer. With the steep decline in music industry revenues across the board excluding no genre, companies will have to become creative in how they produce, market, distribute and ultimately receive revenue in this new age of music. The digital revolution has brought much change as I predicted 12 years ago.

I am definitely not a rapper I pride myself on being an artist but also being well rounded with alot of different interests. My next quest in the 2nd half of my life will ofcourse be to create new art in variety of different channels but also to learn more about precious metals, unique investments, government policy and to participate in some social change with the most peaceful but effective ways possible. If your tuning in…. stay awhile it should be exciting like your first time having sex for a guy, it feels great wont last long but it was exciting. 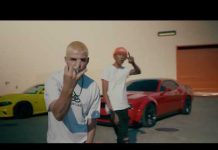