August 2022 – Cochè Vil is an artist who combines the energy of rock with the intimacy of folk in a very unique way. As a result, the sound of Cochè Vil’s music is quite electrifying and one-of-a-kind. Yet, there is still quite an amazing feeling, which transcends genre definitions and allows Cochè Vil’s music to stand out for the artist’s unique personality.

His most recent release, “Uncertainty,” is as personal and direct as it gets. Fans of artists such as The Lumineers, Pink Floyd, Camel, King Crimson, Dead Rituals, or Coldplay would most definitely enjoy this release, which is a perfect introduction to his style and vision.

Much like the aforementioned artists, Cochè Vil offers something that is more about music and entertainment. It is all about genuine storytelling. At times fierce and powerful, at times deep and understated, “Uncertainty” is an emotionally charged piece of music that is an incredible introduction to the artist’s direct tone.

Find out more about Cochè Vil, and check out “Uncertainty.” The song is now available on some of the best digital music streaming platforms on the Internet, and then some!

He started as a guitar player, being Biosbardos one of his most remarkable bands in which they mixed folk rock with psychedelia. It was a great experience.

Interested not only in rock but also in other styles, he published together with Maxo Nóvoa the record entitled ‘Interior Sounds’ (ambient electronic) under the name of ‘BIOS’.

“The Dark Journey” appeared as the first track of the cd included in the English magazine ‘Sequences’ and also in the ‘Electronic Spanish Music Vol. 1’ album published by the Lightnet Music label.

Currently he’s about to finish the work created together with Sebas Mato (CS Experience) ‘Ondas’ and also fully immersed in a new publication along with the drummer Fernando Jaramillo and the singer Leonel Silva, whose title will be ‘Invincible’ 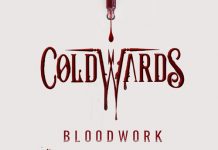 Coldwards – I Told You So 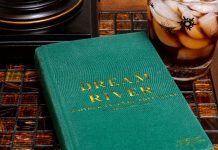 The Rezzonators – First Impressions (Dream River & Other Tales of Adventure) 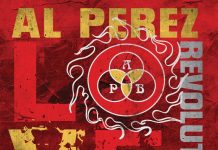