Facebook
Twitter
Pinterest
WhatsApp
The character of AV Super Sunshine tells a riveting tale in the new single for “Star Man.” In it, he creates an “alien awakening” by freeing the mythical Area 51 alien, code named Gabriel, exposing to the world a long suppressed truth of life beyond our own planet. For those of you unfamiliar, take AV’s suggestion from the song and Google Boyd Bushman and Area 51, then prepare to have your mind’s blown.
With a nod to and inspiration drawn from Bowie’s masterpiece, AV Super Sunshine has adapted his own “Star Man” persona in this cosmic tale, which is actually the second song about abduction. The first song is entitled “Alien Abduction,” from his unreleased Candyland disc. “Star Man” is from his new 13 song concept album, Bass Face, produced by Michael Bradford. That’s not to say that “Alien Abduction” was simply locked away for eternity. In fact, an art rock film by the same title is currently in the works and a dance mix of the song was released in 2015 with AV’s Just Like Kurt.
The video for “Star Man” focuses on AV and Philomena placed inside a sterile, white concrete room while recounting the stories of abduction, the imprisonment of the peace loving Gabriel, and the subsequent mission to get the truth out there. With the lasting weight of what they’ve seen and experienced, as well as the  gravity of their own mission on their minds, director Jared Sagal is able to take this simple concept and turn it into an emotionally complex clip. Every nuanced expression and delivery are captured perfectly. 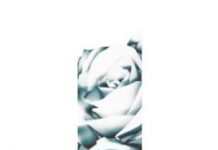 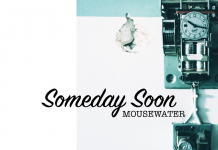 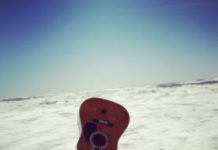 Teach Me Human – Holding in to the Fire