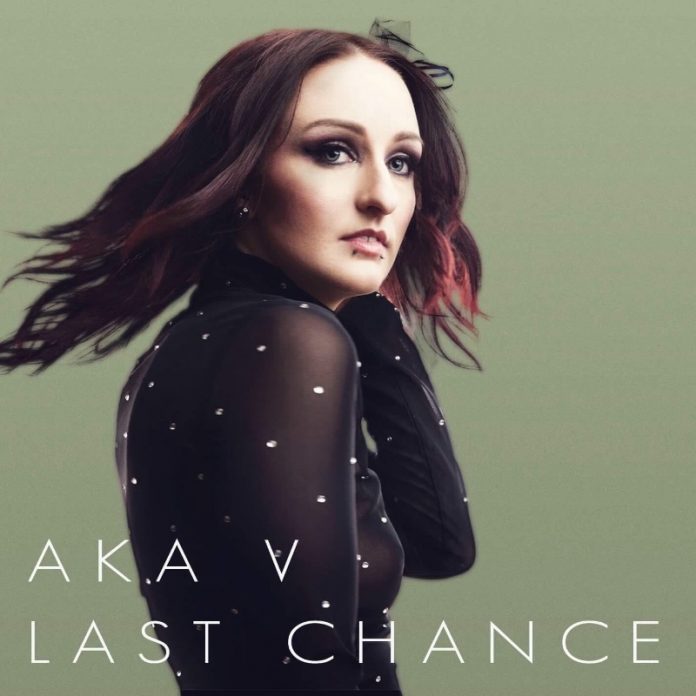 Check out the new single ‘Last Chance’ by AKA V

With a songwriting style that reminds of brilliant female artists such as Sheryl Crow or Shania Twain and a vocal interpretation which hints on Gwen Stefani, AKA V … has all the right ingredients for a promising start in the industry.” – Vents Magazine
“…AKA V hits the mark perfectly, creating an emotionally intense and moving track.”

The Littlest Voice webzine (about 2017 single “Gone”) “Her optimistic approach to life has made her keep a clear head in the pursuit of her own career. Aka V is an artist who knows exactly what she wants and turns her ideas into reality.”

Top40-Charts.com review Canadian rocker Vanessa Huneault, better known as AKA V, released her latest single “Last Chance” on February 8, 2018. “Last Chance” is written by AKA V, Patrick Phillips, and Scott Greene, who also produced the track at his studio in Edmonton, Alberta.This heavier, grittier, more aggressive track is unlike anything that V has put out so far. “Last Chance” is sure to have music lovers of all ages grooving to its pounding beats. This amazing up-and-comer said that “Last Chance” marks a change in her music that she feels fully reflects her and her personality. “I’ve always had a pretty edgy image that doesn’t match my nice personality. So I’ve finally said to myself, ‘I don’t care what others think of me or my image, or even if the two go together.’ It’s the same thing for my music.”She also said that “Last Chance” was inspired after dealing with depression and her decision to break herself out of the downward spiral.

She hopes that audiences can find some semblance of themselves within the track, and some comfort during difficult times.
Originally from Rouyn-Noranda, Quebec, a small town about seven hours northwest of Montreal, AKA V set out on her own to Toronto, Ontario to pursue her dream of becoming a musician.

Determined to make it in the demanding music industry, she learned Audio Production and Engineering so that she could record and master her own tracks. While she worked through her education, V also joined the Canadian rock band OzGoode and went on a cross-country tour with them as their singer. Her journey inspired her debut single “Always Go Home” released in April 2016. Since she has blasted her way onto the indie music scene, this young musician has been shaking up the airwaves all over the world. She has since released two other singles, “Sunlight” and “Gone,” and has performed over 80 live shows including Canada, US and the UK.