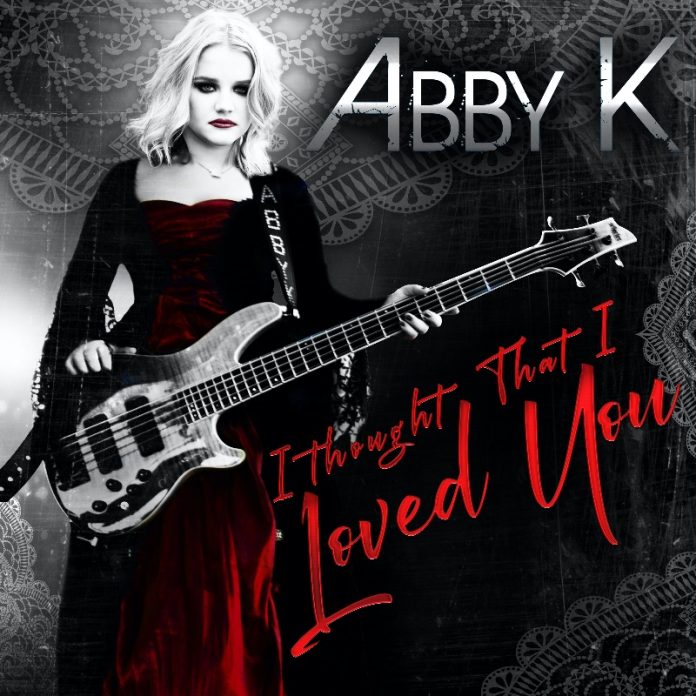 Abby K drops a new single titled, ‘I Thought That I Loved You’

Abby K is a 17-year-old bassist, songwriter and singer from Mooresville, North Carolina. She has had a strong passion for music since a young age, and began playing during her early teenage years. Her father greatly impacted her musical taste by exposing her to classic and hard rock early on. After attending a KISS concert and being inspired by Gene Simmons (KISS), she picked up a bass and instantly fell in love with the instrument.

While playing bass, she decided to begin singing and took on the role of lead singer in her bands. In the summer of 2018, Abby K attended GRAMMY Camp in Los Angeles, where she played bass. She was one of only three bassists selected to attend from across the US. At GRAMMY Camp, she grasped a better understanding of the music industry and knew that she wanted to take her musical career to the next level.

Abby K has opened for Nita Strauss (Alice Cooper) on 2 different occasions with Nita even joining Abby onstage for a rousing rendition of Iron Maiden’s, The Trooper! Additionally, Abby was invited by the casting agent of America’s Got Talent to audition for the show.

She recently signed a management deal with Producer / Writer, Eddie Z, of The Playroom, formed a new band, and her singles, “It Should Have Been Me”, “Dirty Love” and “Rock The Rock” have been released worldwide through The Orchard, a Sony owned company.

Abby’s music has a hard rock edge with sing along pop choruses. If Lemmy was female, you’d have Abby K.