Check out the Official Music Video for, ‘Teddy Massacre’ released by Yearwood

There’s a saying that “sometimes not getting what you want is a remarkable stroke of luck.” Such is the case with Trinidad and Tobago born Yearwood. After excelling in his scholastic endeavors at Harvard and Wharton and spending 11 years in the corporate grind that is high finance, an unintended spell between jobs gave him not only the time, but the confidence to sharpen his tongue and hone his musical craft. Unafraid to unleash the creative soul that had always been lurking underneath, Yearwood’s music had a newfound “sizzle”, turning it in to something more than he ever could have expected.

But having a product isn’t enough to deliver it to the masses. To answer that, Yearwood also launched his own entertainment company, Mission Road Entertainment, with the goal of not only shining a spotlight down on his considerable talents, but also becoming a content king. And with his debut mixtape, 45 8th Street, Barataria, as the anchor, he plans on taking this ambitious operation worldwide in a timely fashion.

All of this makes his new single all the more critical. “Teddy Massacre” is a blistering tune with a beat that cuts like piano wire running underneath the track while Yearwood spits out an unapologetic flow over the top.

In fact, over the top might be a good way of describing many of the elements of the track. There are plenty of “he said what?” moments in the song, but taken as that sum of its parts, it paints a picture of a determined artist with only one thing on his mind.

Let’s get it out there right away: “Teddy Massacre” slays hard! The video is a ride-along with Yearwood and his crew as they cruise the streets of the DUMBO neighborhood of Brooklyn, one of the city’s most eclectic areas. Stained glass houses, cobblestone streets, a few bridges you may have seen a few times, and an unrivaled crew complete with choreography and cocktails make the video as much a celebration of the district as it is of the song itself. Make no mistake, though, Yearwood is the life of this party. 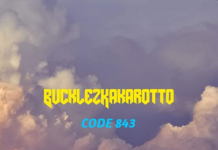 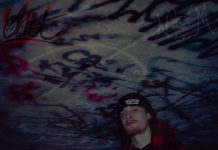 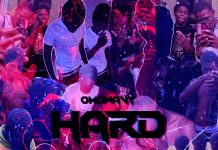