Tremble presenting the Official Music Video for, ‘What Is Anything’

Who says Los Angeles is a tough place to walk? People who don’t know the city, we reckon. The truth is, Downtown L.A. is best navigated on foot. There’s no better way to see the alleys and backstreets that give the undisputed capital of filmed entertainment its offbeat personality. The three members of the dark electronic pop band Tremble call Los Angeles home, and they know their way around the gloriously grimy neighborhoods of the city center. The video for “What Is Anything,” the band’s latest single, is (among other things) a love letter to L.A. – a sleek and stylish tour of Little Tokyo and the Arts District. In so doing, they’re inadvertently making a point: modern Los Angeles belongs to explorers.

The musicians of Tremble fit the bill. Their music is naturally adventurous; they’re risk-takers, even if they’re never ostentatious about it. This is electronica, but it bears the unmistakable stamp of errant humanity; it’s pop, but not the sort you’d encounter on a sunny day. Instead, Tremble makes songs for the shadows – music redolent with the mystery of Los Angeles. Since forming in 2015, the trio has been mesmerizing local audiences with music that nods toward the trip-hop classics of ‘90s Bristol, records by German synthesizer pioneers, moody film soundtracks, and the spookier corners of contemporary pop. What Is Anything Anyway, the group’s second EP, expands on the artistic success of In The Chaos, their debut. The new set is deeper, bolder, more emotionally effulgent, more engrossing, more intoxicating – more of everything that has always set Tremble apart.

It also doesn’t hurt that Tremble is an eyeful. Singer Kelly Sweet and producer-musicians Haywire and Ajax are industry veterans accustomed to the limelight, and they’ve got the kind of screen presence that can’t be taught. In the “What Is Anything” clip, the three members of Tremble act as generous tour guides: they show us Los Angeles landmarks that residents know well, including the Liki Lakich Studio for Neon Signs, the Angel City Brewery, and the colorful tiled murals of the Japanese Village. They pause, dramatically, on the 4th Street Bridge over the Los Angeles River as the sun sets over the skyline. But they also let us into their studio, which holds more curiosities for the viewer – including a rare Polivoks Russian synthesizer. No, not everybody will realize the significance of everything they’re seeing, but that’s okay: the true explorers will understand. 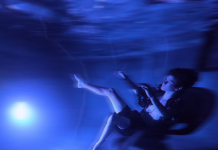 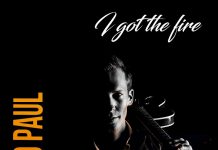 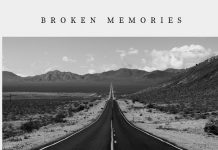