The Soul Exchange presents, ‘Pain Inside’ taken off the full album: Memories or Illusions

Memories or Illusions, the new album by The Soul Exchange is a massive 25-track concept album where we meet Jeffrey, a severely – and brutally, passively abused person who grew up on an attic in a house somewhere out in the Northeast American wilderness. He has never met anyone, never learned to talk or identify emotions. He is as close to an animal as you can get without de facto breaking the species barrier. When we meet him, it is the same night he discovers that the door to the attic is not actually locked. After a bit of ifs and buts, he dares to go out into the world, encounters both, manages to develop both verbally and emotionally. It is the journey that is then reproduced via songs and a short story that perhaps even better tells what happens during this somewhat dizzying and destructive journey towards the inevitable.

The Soul Exchange is a Swedish melodic metal band that mixes Classic Hard Rock with a contemporary Metal sound. They have taken influences from the 70’s Hard Rock scene and created their own style of Metal infused, guitar driven hard rock, with great attention to the melodies and grand vocal arrangements. The lyrics deals mostly with subjects from the darker side of life such as insanity and evil in various forms. 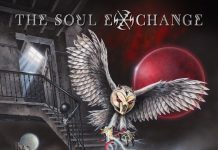 The Soul Exchange – I’ll Be Your God (Album: Memories or Illusions) 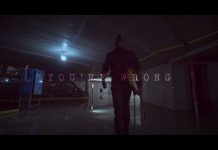 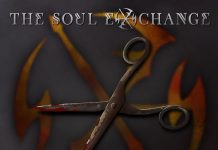