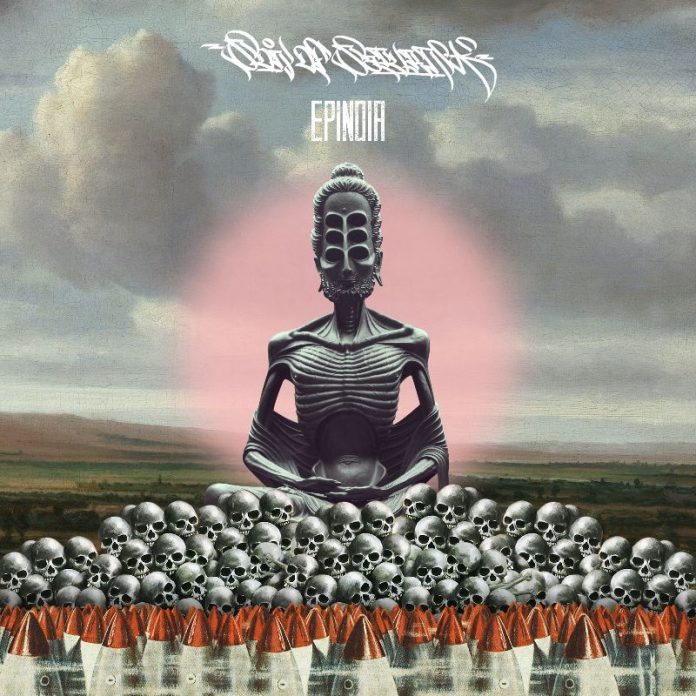 After nearly two decades of growing an underground hip-hop fan base, Son of Saturn returns in 2020 with a full studio album that is a clear indication of a new found passion for his craft. Epinoia is an incredibly well blended collection of introspective poems which highlight the internal and external chaos existing in the lowest and highest places of humanity. Anger, sarcasm, wit, intellect, and humor are a common theme in his observations towards himself and the decaying planet. Each song is laced with gritty, boombap beats that often integrate the classic SoS sounds of eastern production. In contrast to his previous work, Saturn appears to have slowed down his delivery style into smooth patterns which display timeless lyricism and often pay homage to literary greats such as Bukowski and Kerouac. In a time where hip hop appears to have lost its message, Son of Saturn returns to bring accountability to the year of the Rat.

Son of Saturn is a long standing pillar of the independent, underground hip-hop community. He belongs to several notable hip-hop activism organizations, including Universal Zulu Nation, and Guerrilla Republik. SoS has worked with many well known artists including Gift of Gab of Blackalicious, Awol One of The Shape Shifters, Chief Kamachi, Canibus, Eligh of Living Legends, and many more. He has also shared the stage with countless hip-hop heavy hitters. With an extenisve background in graffiti, tattooing, social activism, and even a short time as a Buddhist monk, SoS has run the gamut. Epinoia is his first full-length, solo studio album in over five years, and he does not aim to disappoint.