Christian rock-alternative band Rhymes With Sweden releases an original song on Good Friday depicting the death, burial, and resurrection of Jesus Christ to major music streaming sites Spotify, Apple Music, among others. Titled “Broken,” the song dares to give a heartfelt and honorable tribute to the sacrifice made by Christ.

In a time when Christian music is predictable and formulaic to fit within the Contemporary Christian Music (CCM) format comprised of poppy lyrics and highly compressed volume levels, the goal of Rhymes With Sweden is to tell a vivid story.

The lyrics penned by Christophe Johnson allows the listeners to place themselves at the foot of the cross and, in essence, experience the crucifixion first-hand. The lyrics, “on a hill they call ‘The Skull,’ outside the city walls,” and “iron strikes on iron while a Roman hammer falls,” give an intense theatre-of-the-mind and place the listener at the execution scene more than 2,000 years ago.

The initial concept of the song came to Johnson as he and lead singer John Weeden were sitting around on a typical afternoon. After Weeden adjusted the strings on his acoustic guitar to non-traditional tuning intervals, his strumming produced a somber feel that inspired Johnson to write as profusely as the blood flowing from Christ’s side once pierced by the sword of the Roman soldier.

“Imagery such the sound of the hammer clanging, the lightening flashing, and the sky growing dark sets the stage and illustrates the realism of that day we now call a Good Friday,” says Johnson.

Unlike the gory footage of Mel Gibson’s “The Passion of the Christ,” Johnson’s lyrical choices contain specific and carefully worded details without being overly graphic. The lyrical lines “as his blood begins to spill around,” offers an unexpected poetic turn, drawing a metaphor of his blood covering over the sins of the world as he “rains upon the earth.”

Yet every good writer will turn trouble into triumph. The second half sings of the empty grave and God’s perfect plan. As a juxtaposition of the first half of the song’s description of blood that “rains upon the earth,” Johnson brings the song to a victorious conclusion as Christ and his kingship “reigns upon the earth.”

As co-writer, music composer, producer and singer of “Broken,” Weeden always felt that the track had great potential. “I was very excited the day we wrote this song. I said to Christophe, ‘This is our ‘Mary, Did You Know?’” 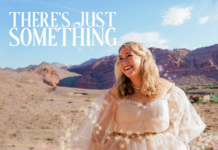 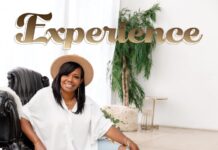 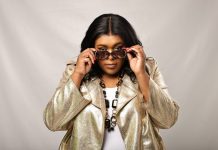