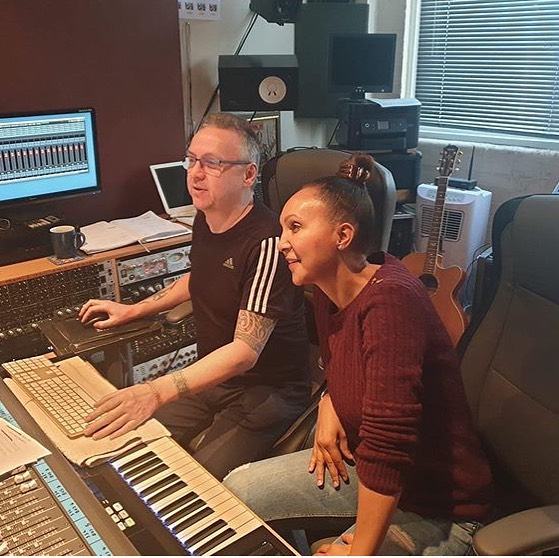 An ever-present in clubs and bars in the early ‘90s, Rozalla stepped out of the limelight for many years, but returned in 2009 with a brand new album fittingly entitled Brand New Version. Showcasing a new, sophisticated edge to her sound, not least in the piano sections, Brand New Version smouldered and reignited interest in Rozalla, or Rozalla Miller, as she used her full name for this release, without really setting off the fireworks for which she was once known. But, it was a solid album and certainly served to remind people that Rozalla still had much to offer discerning fans. There was a feel of incredible relaxation that pervaded this record – making it a strong option for fans of artists as diverse as Enya and Nora Jones. In fact, this album was definitely more of a departure into the soul/jazz singer songwriter arena. The return of the queen of rave came in an unexpected form.

Fast forward another 10 years and Rozalla entered Select Recording Studios throughout 2019 to lay down vocal tracks for a brand new 12 track album coming soon via Energise Records. This time, the atmosphere to the music is decidedly upbeat and feel-good, which given the beginning to 2020 means it can’t come fast enough! In fact, there is already a great single from the album available to listen to here in the form of an official video, showing that Rozalla is as beautiful as ever and she’s certainly still got it! This epic new feel good hit ‘Turn on the Light’ is sure to get people up and dancing in venues across the world, but rest assured, where that comes from there is more yet to be released. The other eleven tracks on the album are equally assured and who know, the best may yet to be revealed.

All of the vocal tracks for the new album have been recorded at Select Recording Studios in North London, taking advantage of the many years of experience of the studio engineers on-site as well as the incredible array of sophisticated recording equipment in the studio itself.

New material from the album has already been played by DJs in Ibiza and the Balearics and the reactions from punters have been overwhelmingly positive, evoking not only a sense of nostalgia but displaying the fact that Rozalla’s natural gift for penning and performing uplifting danceable tracks has not gone away.

With her 2009 album being a very different beast, for an altogether different crowd, you could argue that 2020’s new album will be the first release from the queen of rave for around 20 years. After a miserable, wet winter that seems to be interminable, it’s great to have something to look forward to that is capable of lifting the gloom and injecting a bit of positivity into the lives of fans new and old. As well as recording new music, Rozalla is also hitting the stage – notably in March (Sat 7th Mar 2020 at 5:00pm – Sun 8th Mar 2020 at 2:00am) at Manchester’s Warehouse Dayz.