Check out the official Music Video for ‘Why Say Why?’ by People Like You

In a time when popular music is dominated by synths, samples, and autotune, many music fans have become wistful for the humanistic sounds of organic instruments. Just as some think the last string has been strummed, an eclectic concoction of raw roots, punk, psychedelia, and vaudeville has been brewing up in the Northeast city of Portsmouth, New Hampshire. In their new single, “Why Say Why?”, freak-folk traveling circus band People Like You encourage the listener to live life to the fullest because you never know when it will come to an end.

People Like You is the brainchild of singer/songwriters Eli Elkus and Andrew Polakow. With the musical prowess of Justin Sheriff, Rob Littlefield, and Max Elkus rounding out the lineup, these rabble-rousers are an awe-inspiring sight to see in a live setting. In fact, attendees at a PLY show aren’t just treated to watching live music; they become a part of the band itself as old-school barroom dancing is guaranteed. Whether it’s a backyard, bar, or club, the band makes it known that it’s a family affair, and their show is your induction into the People Like You clan.

Their new single “Why Say Why?” is a sweet blend of all the little intricacies that play into the band’s sound, making it the perfect introduction for new fans and friends. Kicking off with accordion, acoustic, bass, and a body-bopping beat, the band naturally invites listeners to the dance floor by the time the addictive sing-along chorus sets into place. “Why Say Why?” is the ultimate “live free” anthem paired with a music video that drives it home in signature People Like You fashion. “Why say why? Why not say why not?” – for all you know, there could be a man dreaming instead of driving behind the wheel of a bus coming for you at any moment… 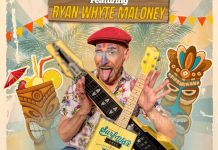 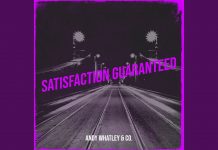 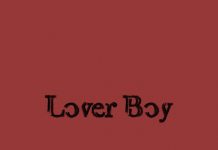