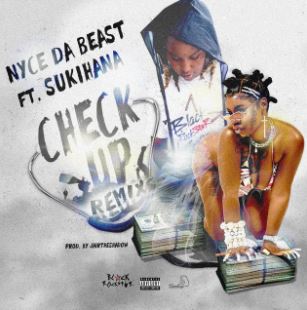 February 2021 – Nyce da beast is a hip-hop artist based in Miramar, Florida. His sound has a fresh modern edge to it, but there is still an element of wamrht, making his music more personal and organic. Recently, Nyce da beast announced the released of a remixed version of “Check Up,” one of his most well-received songs.

The remixed version of this awesome track stays true to the spirit of the original, but at the same time, it adds a lot of character and energy to the composition, giving the audience a fantastic alternative that feels so fun and engaging.

There is also room for a collaboration, as the track features fellow artist Sukihana, who added something quite special to this track as well. Whether you are an old-school hip-hop fan or a supporter of the modern wave of the genre, this remix is for you.

Find out more about Nyce da beast, and do not miss out on the amazing remix for his song “Check Up,” which is now available on Spotify, and some of the best digital music streaming platforms out there.