Kill The Butler is an up and coming Alternative Rock band who have tirelessly working on music for people to hear. After their first album release in January they hope they can keep the momentum going in the months to come. Gigs have been tough in these hard times, the music industry as well as entertainment industry in general is different now and will probably never be the same again. Kill The Butler is a 5 piece band with Elijah Hunter playing drums, Chase on bass, the lead guitar savant himself Daniel Misher, rhythm guitarist and co-founder of the band; Julian Demuro, and last but especially not least is the dynamic lead vocalist; Ryan Spratt. “Idk if it’s just Ryan singing or the shredding on the guitar but there’s a different kind of energy in any room they play in!” The band continues to make new music and they also plan on going on an America tour funded by their own pockets 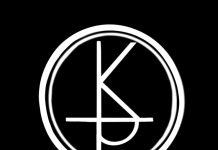 Kill The Butler – Haunted, Together, Forever